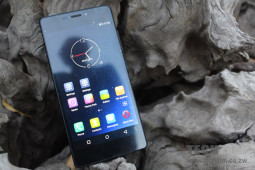 A couple of months ago, local phone brand, GTeL, launched its flagship smartphone, the GTeL  A 760 SL 5.5 Xtra. Lots of noise was made when the phone was launched, something that shows how GTeL is setting a very high standard for product launches for local brands.

The name GTeL is also everywhere these days, showing how the company is also honing its brand building skills. It’s something that ought to help its case as it navigates the Kenyan market and every other country that will become GTeL/Airtel territory.

After cutting through all that pomp and fanfare that comes with gadget launches and GTeL marketing, we took a closer look at the device.  For purposes of benchmarking on several aspects of the device, we stacked it up against the iPhone 6 and the Samsung Galaxy S6 Edge, the two devices that GTeL insists on regarding as easy-to-beat competition.

Well, GTeL’s flagship phone clear indicates that the companies new era is an antithesis of the GTide era. Over the years, GTel has learned that Zimbabweans are willing to part with their dollars for a high-quality phone rather than buy a cheap low-quality phone that needs to be replaced every 6 months. This is evident in the series of phones they have released over the years and notably the A760 SL 5.5 Xtra.

GTel went back to the drawing board to redesign the whole phone and addressed a couple of problems that its previous flagship phone had. According to GTeL, these included overheating, and the general feel of the previous designs that made it prone to slipping out of a user’s hand.

The design of the SL 5.5 is unique. The phone is clearly distinct from everything else that’s currently on the market. It has grooved edges inspired by the structure of railway lines.

When it comes to thinness, the SL 5.5 rules. At 5.5 mm, It is one of the slimmest devices in the world and silences familiar favourites like the entire Samsung Galaxy range or the iPhone 6.

In a lot of ways,  aspects of the exterior design have its roots in the iPhone design. The locations of the charging port, speaker, and earphone jack are similar to those on the iPhone 6.

The groove makes it easy to handle the SL 5.5 by providing a convenient grip. On the other end, the back of the phone is completely flat, with a non-protruding camera (That’s a lesson for the Samsung Galaxy S6 right there). The corner position helps bring out the flat design.

The volume buttons and power/lock button are all on the right side. Using the buttons will seem intuitive for most right handed people. Left handed phone users might find the positions of the buttons a little annoying. It will take time to get used to long pressing the power button.

So how does the battery handle ZESA?

Like in the previous GTel device, the battery is irremovable. Which means a substitute battery is not an option and you have to rely on a power bank for extra moto when you are traveling.

Besides relying on dark color themes to save power (this turned out to be a huge advantage) the phone comes with a 2750mAh Long Life battery, which is a pretty decent unit when you compare it to the iPhone 6 (1810mAh) and Galaxy S6 Edge (2600mAh).

These numbers don’t always mean much to the average Zimbo phone buyer, though. With power cuts galore this side, the best way to “measure” the battery performance is to look at how it saves power after that one single charge that might come at the office, or late at night.

Fortunately, the phone comes with an extreme power saving mode. GTeL did something right with this addition. It allows you to only make important calls and stops you from using power consuming apps. This ensures that the phone stays charged for more than 48 hours.

WiFi seems to drain the phone’s battery, something that will frustrate those of us that now frequent places like Chicken Inn for a TelOne WiFi connection.

One of the worries that come with buying a high-end smartphone is breaking the screen. The SL 5.5 comes with double gorilla glass screens. This greatly increases the lifetime of the phone screen.

However, the double gorilla glass screens makes some trade offs. The brightness of the screen is limited reducing the quality of pictures and videos on the Amoled screen. This screen isn’t as sharp, resulting in less clearer images.

The SL 5.5 has an impressive 13 MP rear-end camera and an 8 MP frontal camera. While it’s great that the A 760 5.5 Xtra has more megapixels than other  but this does not mean it  has better images. The iPhone 6 rear-end camera only has 8 MP. A good combination of quality sensors and a good camera app that tweaks things behind the scenes makes the iPhone take greater shots than the SL 5.5 Xtra.

The 8 MP frontal camera take is good for taking selfies and skyping.

The SL 5.5 runs on Android version 5.0, popularly known as Lollipop. This gives it the familiarity of most Android phones.

The screen interface feels like that oF the Nexus phone, from the navigation features to integrated apps.

The SL 5.5 Xtra comes with a ROM memory of 16 GB and a 2 GB RAM memory. The memory is inextensible as the phone does not support a memory card. If you prefer watching movies on the phone, you will have to carefully manage the memory.

In terms of processing power, the SL 5.5 has a 1.7 GHz Octa Core. This results in a sleek experiemce using apps as there are very few restrictions when using apps. l was able to efficiently run multiple apps at the same time.

GTel also took another page from Samsung with its Chameleon feature. Like the Samsung Edge 6, Chameleon allows one to assign contacts to a specific color. When a contact calls, the phone rings with the assigned color theme and immediately know the identity of the caller.

To buy or not to buy?

The effort GTel’s product development team put into the phone is definitely commendable. The phone comes at a cost of US$ 495. For a high-end smartphone, this is a fairly reasonable price.

The SL 5.5 Xtra is a revolutionary phone for a company Straight Outta Zimbabwe. GTeL is slowly establishing itself as a regional brand, judging from devices like this, one day its phones will be worth the name.