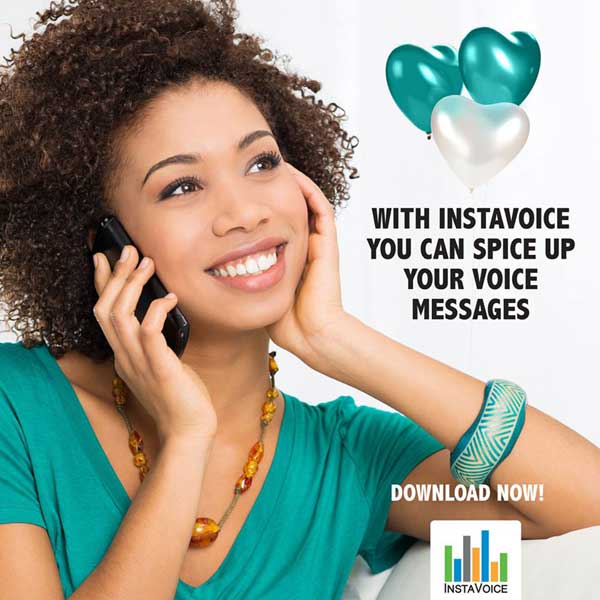 It’s been almost a year and a half since we caught wind of a voice SMS that was headed our way courtesy of a Kirusa, global VAS and mobile media outfit. Zimbabwe, along with Mozambique and Zambia were earmarked as new markets for the unnamed service.

Now, it looks like the VAS product has finally showed up on our doorsteps. mobile subscribers have recently been receiving SMS alerts for voice messages or InstaVoice messages. These act as missed call alerts and voice messages that are accessible from any sort of mobile device, including feature phones and smart devices that do not have the InstaVoice app.

The value proposition is simple; through InstaVoice you can send free voice notes to any mobile subscriber on a participating network (Econet has been using the service, but the InstaVoice team declined to share information clarifying which other operators are on board), and they can access the message for free by dialing 909, or by paying another 3 cents to listen to the message again. It also accessible through the InstaVoice Android app. 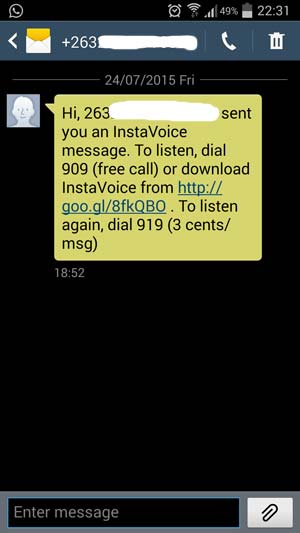 Is this a challenge to WhatsApp?

The last time we mentioned this voice SMS idea, the comments that came from the readers had a largely dismissive tone when it came to such an idea. The biggest obstacle, in most people’s opinion, was the fact that the competition for InstaVoice, which is WhatsApp or any other IM platform, performs the same tricks that InstaVoice is displaying.

Users of WhatsApp, at least on the local front, haven’t fallen in love with any other messaging service since getting hooked on the Facebook owned platform. Even Facebook’s Messenger, which was pushed onto every mobile user, and the aggressively marketed WeChat (aggressively in other markets like South Africa, that is) haven’t made a dent.

All this happened even before the mobile operators fiddled with the messaging playing field with the Net Neutrality violator that WhatsApp bundles are.

I’m no soothsayer, but InstaVoice doesn’t look like it will fare any differently, specifically among users of WhatsApp. That’s not to say it’s a lost cause. Besides the healthy following it has displayed through app downloads (50 thousand according to Google Play), the solution does have the huge advantage of connecting smartphone users to feature phone users, for anything between zero and three cents.

That is a significant value proposition in a market like ours where smartphone penetration is around 20%. The figures for “dumb” to feature phones in other emerging markets are similar to this. As such, a solution like InstaVoice has a lot of scalability.

The team behind this solution, Saya, is a Ghanaian startup that made a splash in African tech by going to the TechCrunch Disrupt and eventually getting acquired by Kirusa, an American company. They have a keen appreciation fo African instant messaging trends in emerging markets so it’s easy to bet on the app’s continued success on a global scale.

For Zimbabwe, it remains to be seen if this will fill that void between smartphone users and mobile subscribers on basic phones.

Have you used InstaVoice through the app or the voicemail feature? What are your thoughts of the service?