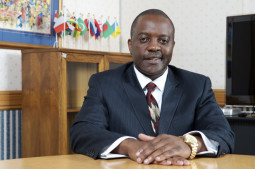 Almost four months ago, it was confirmed that NetOne, the state-owned mobile operator would be undergoing a management shakeup, with 24 job posts advertised in the press. This was part of turnaround efforts being made by the Minister of ICT, Supa Mandiwanzira.

Now, according to sources close to the mobile operator, the new position of Chief Operating Officer (COO) for NetOne is set to be taken up by Francis Mawindi, the former CEO of Telecel Zimbabwe. As the COO, Mawindi will be in charge of daily operations while reporting to the NetOne Chief Executive Officer. The current CEO is Reward Kangai.

A seasoned telecoms professional, Mawindi left Telecel Zimbabwe in early 2013, less than a year into his contract. Details later emerged that he had been dismissed because of shareholder infighting at the operator.

While Mawindi hasn’t been in any leading role in any telecoms concern, he was recently linked to a local consortium that wants to set up an LTE network. Other partners in this proposed network include local investor Shingi Munyeza.

It’s not clear how Mawindi’s involvement with a prospective mobile operator will impact his assumption of a strategic role at NetOne, another mobile operator. Besides the glaring conflict, NetOne is currently rolling out a $218 million 4G/LTE Project, the largest of its kind in Zimbabwe to date.

When we reached out to Mawindi earlier on, he denied having accepted or rejected an offer from NetOne and officials from NetOne could not confirm the appointment.