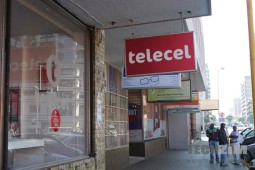 Local mobile operator, Telecel Zimbabwe has become the latest company to effect a series of job cuts as a follow-up to a Supreme Court decision that gave Zimbabwean employers the right to terminate employment contracts at any time by putting employees on three months.

When we sought official comment from Telecel they confirmed the contract terminations saying,

Yes it is true that Telecel, like other companies, in this current environment has decided to streamline and right size its staff compliment in line with company performance and operational objectives. Telecel is not at liberty to disclose the names of the affected individuals as their employer/employee contracts are confidential in nature. The tough decision to right size the business has been taken after careful consideration and we believe that this painful step was necessary in the long run for the long term health of the business and the preservation of even more jobs.

Other sources close to the operator told us that Telecel has been issuing termination letters at the end of every week and last week 15 employees were affected by this.

It is also being alleged that over 50 workers have been let go in under a month, and the drive to reduce the staff complement has extended to boardroom level with the IT Director and Human Resources Director having been let go.

Telecel won’t be the first telecoms operator to do this, though. Econet Wireless, the country’s largest operator also effected contract terminations with evidence of the actions circulating on various media.

An unfriendly operating environment and the high labour costs that are associated with running an enterprise in Zimbabwe have been cited as the reasons behind the huge number of employment contract terminations.

However, for telecoms operators, the environment has been even tougher due to changes brought on by added tax burdens and lowered revenues resulting from lowered tariffs. In addition to this, traditional revenue leaders like voice have been in steady decline because of changes in communication models and the rise of alternatives like WhatsApp.