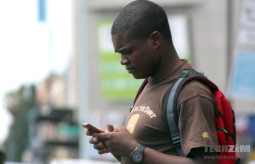 At the recently held gathering of African Ministers on Communication and ICT, it came out that Africa has a broadband penetration rate of only 20% compared to the developed world which stands at 80%.

In a press statement, though she bemoaned the very low figure, the AU Commissioner for Infrastructure and Energy, Dr. Elham Mahmood Ibrahim attributed the slow pace to “lack of connectivity that encompasses internet access and connections to all kinds of gadgets and transformative applications and services”.

In essence, we have moved a lot in terms of telephony connectivity but without provisioning internet access on the same infrastructure. This new penetration rate is a rise from 7% in 2008.  She added that through mobile telephony (GSM), most of Africa is now connected via voice but has lacked the development of non-voice applications.

At the same event the director of the ITU Telecommunication Development Burea, Mr. Brahima Sanou reported that 85% of Africa is now covered by mobile networks. This apparently has exceeded “all expectations” particularly  in the development  of  mobile-cellular reach. This development he said was mainly driven by a “high degree of competition, falling prices and prepaid services”.

Although low, the broadband metric does not reflect the individual country-by-country tally as out of the whole of the African states some countries like Madagascar sit at a healthy 75% (Internet World Stats 2014), while some are in the lower ratings, with the lowest being South Sudan and Somalia. From the POTRAZ report, Zimbabwe has an internet penetration rate of 44.3% which mostly measured from the individual devices accessing the internet.

From this percentage, the bulk of internet is accessed through mobile devices. However, this may not be a proper measure when you dissect the access points. Most of those who access the internet at work, who are really the employed and economically active members of the population, are the same people who then access the internet from different devices after work.