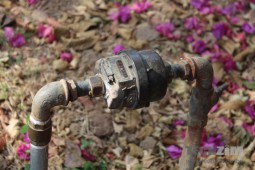 When ZESA introduced the prepaid electricity sometime in 2012 the move was welcomed as it would allow electricity to continue being generated while revenue collection was assured. There are several mistakes however that came with the type of technology that they used on the prepaid meters. Basically, they installed dumb terminals at each and every home.

When the time came for selling the tokens, it turned out that you cannot directly top up your electricity from the various mobile and e-commerce platforms such as Ecocash directly. The exclusion of these platforms meant that at some point, one has to either write the recharge key down, have it SMS-ed or have it printed on a receipt for use on the prepaid meter. workarounds have since been worked and virtual all commerce platforms can work, one way or another.

But why these workarounds that ultimately increase the cost at every node, especially the need to setup a dedicated connection to the token server.

Another opportunity has presented itself where the authorities will be trailing some 100,000 prepaid water meters shortly. While we will not discuss the humanity side of the argument that is underway with pressure groups, seeing as this is a project already set to happen, we will instead point out a few notes from the ZESA experience.

Smart meters versus regular meters – The current dumb terminals have limited functionality and a host of challenges we dwelt on before. ZESA eventually woke up to this reality and tendered for smart meters but the tender was however canceled because of the Mavhaire saga.

Smart meters would open up a lot of opportunities such as direct integration with mobile money. They also allow for OTTS like loyalty programs and diary systems (why shouldn’t I get an SMS to let me know my power has depleted). One example of such a system for corporates is direct integration to the accounting system such as Navision and rather than having to pay for tokens for the whole year, they can invest the equivalent and liquidate it in periods via direct transfers. Smart meters also allow for the alternative

Open reselling – the idea of selecting a few resellers for utilities is a huge inconvenience to the end user. Not only is it expensive as it caters for commissions, but any inabilities such as poor cash flow management by the reseller, or inefficient connectivity have an adverse effect on the whole food chain. Reselling should be opened up to anyone who has the capacity to sell rather than the ZESA situation were popular platforms like Ecocash have been left out.

Whatever plans the City fathers have for this project it would serve everyone a lot of hassles if the mistakes of the ZESA system are not repeated.

9 thoughts on “And now, prepaid water? Council needs to avoid these 3 ZESA mistakes”