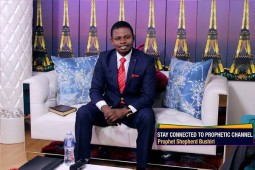 Not so long ago there was a lot of controversy here over the story of Saith Technologies. A good number in the audience, myself included, were unconvinced by this talk of “micro-sonic devices” and inventions that “defy the laws of physics”. I guess good Christian brothers and sisters who are more observant would call me eerr a doubting Thomas but I have checked the story of Thomas and it seems the good brother got his proof and in the end everything worked out well for everyone. That’s all I am asking for. An opportunity to appraise the proof and believe for myself.

You see before I left for the Big City my mama and I had a sit down seeing as it is my father had passed. She wanted to caution me about the sophisticated city folk who are, in her words, “slothful drifters who have never worked a day in their lives and are out to work an angle and get every dime they can out of you to fund their sinful ways.” The gist of her advice was: If it’s too good to be true, then it really is too good to be true.

Suffice to say it is advice that has served me well especially in the age of the prosperity gospel where people are sold hot air in exchange for their hard earned cash. It was during my fact finding mission about the good old/hip/young Prophet Bushiri , one of this new age Prophets, that I came accross the video above where the man of God uses an iPad to capture photos in the spirit.

Ostensibly capturing photos in the spirit involves capturing photos of people that are not presently there when you take the photo. In reality it requires a sleight of hand. Since the evidence presented by this ministry appears to involve technology I have thus decided to post the video here before your learned selves so that you can stand back and look at the evidence and decide for yourself if indeed this is a miracle. In the meantime you can also learn how to capture photos in the spirit and get a congregation of your own. The guide is based on my examination of the eerr evidence. If you think I am wrong you can always come up with an alternative explanation/guide on how the good man of God does this.

How to take spiritual photos

Ok, I have never owned an iPad in my life. My girlfriend has promised to murder me if I so much as look at the $500+ devices in any way she would deem covetous. “They will never find your body.” She has solemnly promised.

So I don’t know. To those good folks out there who own iPads does this look right to you or is something fishy going on here? I, myself, am not convinced by this “evidence.”

21 thoughts on “How to capture supernatural photos using an iPad: A guide by Prophet Bushiri”