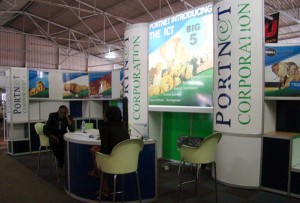 Recently, a little-known company Portnet Software was acquired by the State’s internet provider, ZARNet, in a move that further strengthens the government’s direct participation in ICTs. This comes a few weeks after the ICT Ministry disclosed plans to set up an Infrastructure Company that consolidates infrastructure from state enterprises hot on the heels of the almost concluded sharing rules.

There is much suspicion on the drivers for this deal including a section of readers that think it was created to give business to “friends of the government”. After all, Zarnet could not afford such a deal if the results of its audit by the Comptroller General are anything to go by (it registered a $290,000 loss in 2013)

At the same time, people asked, Why Portnet? There is no story really with Zarnet as any business can have a shelf company for future business. Imagine if Econet had reserved the Ecobank name locally, they would have easily kept the “Eco” prefix.

I am not aware of the selection process for the company to buy into but I can confirm that Zimbabwe has three SAP partners which are Portnet Software, Devoted Business Solutions (a Twenty Third Century Systems affiliate) and Greenview Investments (mainly an SAP Education Partner) is the last. They are all silver partners.

Twenty Third Century Systems is a Gold Partner but is not listed under Zimbabwe. So the government has these three to choose from and only Portnet seems to have the strong market presence.

It is an SAP Value Added Service Silver level Reseller of at least 7 SAP modules. Its partnership licence allows it to implement, Service and Support SAP solutions. Prior to being an SAP partner, it was a Sybase partner before Sybase became a division of SAP.

Portnet Software is in itself only part of the larger Portnet Corporation, an all round ICT solutions provider in operation since 2002. In terms of market share, locally it has provided SAP solutions to the Ministry of Finance, ZIMRA, Public Service Commission and NRZ. Regionally it has the same solutions in the Zambian Finance and Defense Ministries and Zambia Electricity Supply Commission.

In addition to SAP, it is a Microsoft enterprise product vendor giving it the ability to provide the robust backend and the case-by-case front end system. ZIMRA has one such setup for its e-services platform. Its developed solutions include HR & Payrolls Software, Billing Systems and Help Desk Software, Records systems, POS Systems. It also focuses on web development solutions.

9 thoughts on “It’s just been bought by the government, but who is Portnet Software?”