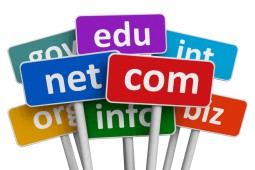 Some of the most popular domain name extensions on the internet.

So what is a domain name troll? I cannot think of a better example than having you type harare.com into your browser. You will be redirected to the page of the website leighton.com which is a company that says:

[We] use vision, creativity and expertise to connect businesses with their customers and drive commercial success across multiple touchpoints. Working with us isn’t just about achieving the end result, it’s about what we do getting there, changing the way you think about your business and the benefits of digital forever.”

Its mission statement is:

Our mission is to provide clients with premium digital services and impeccable care. We want to be admired for the talented people who work at Leighton, who create and develop solutions that help our clients and aid them to profit through the advanced use of technology.

We want to be known as a great place to work, one that nurtures and cares for its employees, that innovates and invents.

If you are like me you are left wondering what on earth that has to do with Harare?! Some people are actually going to rail against me using the name of an actual company here but I am not going to apologise for it. If there is indeed a link between this Leighton and Harare I would call it tenuous at best. Its Leighton and not Lighton by the way. How many people out there are thinking about Leighton when they type harare.com into their web browsers?

Domain trolls are individuals who sit on the internet waiting to snatch up domain names as soon as they become available in the hope that the brand owners will part with a fortune in order to regain control of these domain names.

This is especially true when such a domain name would confuse ordinary people if it were to be used by another company. For example a domain name troll would register the domain name gmail.co.zw (which is available) and hold it to ransmon in the hope that they can sell it for a fortune to Google at some point in the future because everyone out there knows Gmail is a popular Google product.

Some trolls just misuse a domain and use its popularity to direct unwitting visitors to little known sites that they would never dream of ever visiting.  However, others act like real life patent trolls who amass large portfolios of vaguely worded patents that allow them to sue those engaged in the task of actually improving livelihoods in the real world, Domain name trolls typically just sit on their domains without ever actually using them.

Harare is understandably popular with these trolls. In addition to the harare.com page which directs you to the strange page above, harare.net, harare.org, harare.xyz, harare.site, harare.tech, harare.online, harare.news, harare.co.uk ( that would be an absurd domain name any way), harare.press.harare.london ( which would make sense for an airline business maybe or a travel agent to use on a microsite), harare.website and harare.us all have no website associated with them even though they are prime keywords that could be productively used instead of being held to ransom.

The only harare.tld domain that I could find being used for, what in my opinion, seemed to be a legitimate purpose was harare.mobi which seems to list Harare restaurants, bars, hotels and attractions and more. The harare.co domain redirects to promarketfinancial.com I am not saying they are trolls but seriously? From Harare to ProMarket Financial how does one even make such a connection?

Most of these domains are being sold for over $2 000 each. Call it enterprising I call it kidnapping and demanding a ransom.

The .co.zw domain is especially susceptible to domain trolls because currently it lacks a renewal feature which would at least force a would be domain name troll to fork out money for each year they hold a domain to ransom.

Years ago, I registered a domain through an ISP on behalf of the company that I worked for. Despite the fact that the company has not used that domain for a couple of years now (try 6 years) I was shocked to find that not only is the domain not available fore registration, its MX records are still intact!

This has resulted in some people being unwitting trolls I think. One day you have this brilliant idea for a start up. You go to name.co.zw or webnames.co.zw or some other popular local registrar and register your domain using the prime key word which just luckily happened to be still available. You give it your all but unfortunately Zimbabwe is not yet ready for your idea (a euphemism for your start up fails), you throw your hands and move on.

A more motivated entrepreneur comes along 4 years down the line tries to register the same domain name you once used and they hit a speed bump because it’s still registered to you.

For all the improvements the *.zw domain is still a mess. And here is a fun fact; you can create your fancy highly available apps and websites as many times as you want but the .zw domain names only has one zone server: ns1.telone.co.zw ( IP 194.133.122.47).

The backup hostmaster.telone.co.zw has been down for as long as I can remember. To mitigate this they have set a really large expire time of 2 weeks which in my opinion is like holding a nuclear bomb together using duct tape; it actually works but it’s not something you want to do. If there is a successful DDoS attack on the IP for two weeks then it’s bye bye .zw! Of course I am being silly but nobody thought the Hacking Team could be hacked either.

Because there is no renewal option, that I know of, and because I am afraid of being made to disappear by angry folk who might or might not be trolls, I have decided against naming .zw trolls and hope that sometime soon the .zw domain woes will be fixed because while some may think otherwise they are a big deal.

This tirade was written after I failed to register the domain name garikai.com. I tried to do so only to discover some guy/lady is holding it to ransom and is actually selling it. I mean when people Google Garikai they are obviously looking for me, right?

15 thoughts on “My beef with domain name trolls”