The government needs Econet to play ball, here’s why 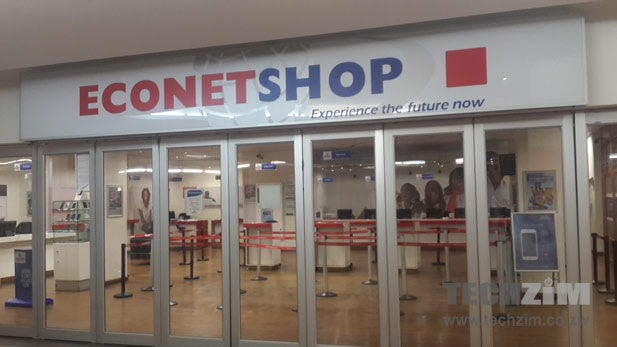 It was interesting to get feedback on my perspective on how Econet is caught in a difficult position with its local management happy with infrastructure sharing while its London shareholder isn’t, and how it had in fact ordered the pull out of discussions with the government.

As expected, any negative talk on Econet will invite the wrath of its supporters. Nevertheless, with the fear of being labeled a Supa Mandiwanzira protagonist I must touch on one other thing brought up in the Ruvheneko Parirenyatwa interview.

Combining government communications companies creates a monopoly. The Government owns and has interests in several telecoms entities which include Powertel, TelOne, NetOne, ZETDC and Transmedia.

In summary, Powertel has over 950 km of optical fibre, 3G capable wireless networks and extraterrestrial fibre cable to Seacom via Mozambique. TelOne has some 2,540 km of fibre and descent FTTX complimented by copper to the home with over 300,000 subscribers. This fixed line infrastructure can be easily overhauled to increase the current capacity especially as a last mile alternative to WiFi.

TelOne also has some shareholding, through WIOCC, in the EASSy undersea cable, giving it a direct Africa-Europe-Asia link via WACS,EIG, SAT 3, SAFE, Seacom, Sea-Me-We. It also has a $98 million fibre project underway.

NetOne is the second largest mobile network accounting for 3,1 million subscribers (27% market share). It has some 887 2G and 3G base stations and a $219 million LTE deal underway.

ZETDC Pylons are used by Zimbabwean internet companies to carry fibre as a secure alternative for underground fibre. Transmedia is building a network of 48 sites across Zimbabwe linked first by a satellite uplink then by fibre in the digital migration. It will become one of the largest potential home penetration options in terms of broadband provision.

It’s easy to see that an efficient merging of these companies infrastructure will result in a humongous infrastructure company. We can, for now, put it aside because of “the speed” of setting this up as being a government entity. There is going to be some reasonable effort lost in red tape and bureaucracy.

Comparatively, Econet has 3,000 base stations and 65% of the mobile network market share while Liquid has the larger fibre footprint in Zimbabwe with some 6,900 km. It will still be difficult for them to compete against an optimized government infrastructure company.

However, with all this muscle, it will still be difficult for the companies in the Econet group to compete against an optimized government infrastructure company.

It is going to be difficult for the government to disclaim that it will become a monopoly in telecoms with such capacity. Coming in as direct competition to Econet’s dominance will cause serious regulation problems as POTRAZ will constantly be in a catch 22 situation trying to allow cheaper communication on one end, and disallowing monopoly and anti-competition on the other.

For that reason, the government would rather have Econet and Liquid in the Infrastructure Sharing agreement so that it can say the duo can also utilize government infrastructure if it wants. The government doesn’t want to be seen to be vengeful and reckless in its approach by “destroying” local investment and it cannot become the same demon it is trying to fight in Econet.

At the same time, it cannot let this opportunity in telecoms go unutilised both for the benefits to the end user, citizens and the control it gives the government in the telecoms sector.

It’s not yer clear whether Econet sees this and whether an anti-competition challenge would hold enough water as a legal challenge to derail not only the infrastructure sharing idea, but the aspect of a government infrastructure company participating in it.