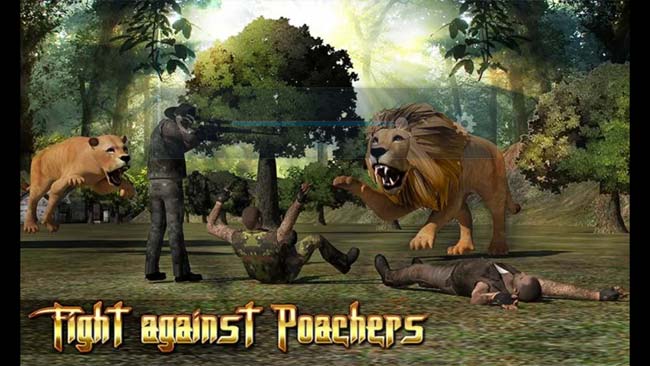 Cecil The Lion is a name that just won’t go away. Taylor Swift just dedicated her latest video to the cat, and some people are designing Cecil The Lion Halloween costumes.

How is this animal still such a big deal? I shouldn’t have put it across like that, I just might be criticised for underplaying the value of our national treasure and the brutal way he was slayed.

But if you follow any sort of media you know what I’m talking about. Well after Cecil The Lion became an American Dentist’s victim and just when we thought we’d moved past it, it turns out in the world of tech, others are making something out of the Lion.

A number of mobile games and apps themed around Cecil The Lion have made their way to Google Play. Some of the titles have names like Avenging Cecil, Cecil’s Revenge, Angry Cecil: A Lion’s Revenge and the aptly titled Cecil The Lion with story lines centred on Cecil, his animal friends, Jericho (Cecil’s brother) or Cecil’s son (no name provided, but, to be honest, I won’t be looking up Cecil’s family line to check) seeking revenge.

Some of the games have gained some traction, with titles like Angry Cecil: A Lion’s Revenge already registering 100,000 downloads.

These titles are the works of developers in countries like Sri Lanka, New Zealand and The United States, and one of the games, Cecil’s Revenge actually helping raise awareness on poaching for WildCru, the animal research centre from Oxford University which was tracking Cecil.

This “games of chance” strategy which has developers using a trending issue as a back story for a game is fairly common. Other world issues like Crimea’s occupation inspired their own games as well.  With the way games thrive on story depth and a dash of media craze, it’s hardly a surprising phenomenon. Just ask Kim Kardashian.

So why aren’t any Zimbabweans exploring this opportunity? It’s fair to say that the local game development sector isn’t exactly vibrant, but there should be a few developers that can make something out of this.

Even if some revenue made from the apps is reserved for good old Cecil’s memory and other animals, there’s still a lot of financial opportunity left for the developers.

At the very least, the local tourism authority should try something like arranging a hackathon of sorts for this, with the intention of launching the game (or games) with some of the revenue going to the anti-poaching cause.