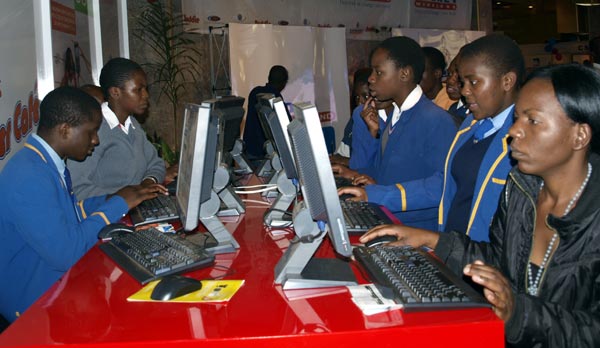 Now that the Jacarandas are dressed in their royal purple vestments, completing students all over the country are scurrying to make last minute preparations as they stand on the eve of the defining period of their lives. One of those people writing their final examinations is one of my many cousins.

Anyway having heard of my famed computing expertise she decided to contact me and ask for help. So we spent two days going through her notes and study material together and I did not like what I saw. It seems computers, as the course is colloquially known by most students, is so divorced from everyday realities.

Most concerning of all are the examples that are used to introduce concepts to students. For example as part of their internal end of term examinations to test their Microsoft Excel skills students were given a workbook called countrygames.xlsx that contained two worksheets: country and games.

Students were then asked to showcase various spreadsheet manipulation skills using this outlandish data which was about Olympic athletes who participated in Discus and Shotput throwing. Never mind the fact that this exam was set at what is essentially a rural school where the only Olympics they know is a fellow form four student and sports like Discus and Shotput are alien words.

My suspicion is that the whole question was pulled, verbatim, from some other country’s examinations and reproduced without modification by some lazy educator somewhere. The unavoidable downside is that as students continue to be presented with these alien examples they will grow to hate computers and resent the teachers themselves.

This is one example of many pitfalls of courses like those offered by HEXCO, ZIMSEC and even the much famed ICDL. Instead of presenting students with actual concrete examples that they are familiar with and can relate to, students are often presented with outlandish examples from the nether world.

The inevitable result is that most students grapple with the manner of teaching itself, the data sets they are presented with, and tend to view these courses as being a necessary evil rather than helpful.

This is 2015 and computers can no longer be seen or described as a new workplace phenomena where people could boost their chances of promotion by tacking the magic words ICDL or the phrase “knows how to use computers.”

Computers have invaded every part of our lives: in addition to their being on our desks, they are in our cars, on our laps, in our fridges and other gadgets, in our palms, in our TVs and Home theatres, in traffic lights, in our watches and even in our clothes.

We need to rid ourselves of the old teaching model where computers are treated as some kind of course or subject. Right now the powers that be have hastily added a chapter on computers to most syllabus subjects where they feature mostly as an afterthought.

For the most part students are perfunctorily asked to give the advantages and disadvantages of using computers every other year instead of being taught how they can make use of computers as a learning and research tool in each of their subjects.

I think the Education Ministries, in between their threats, ultimatums and bizarre syllabus changes, should consider following the lead of Cambridge and redraft syllabi to weave computers into the studies of each Course and Subject instead the odd computer chapter that is dutifully found in most subjects. Textbooks should be extensively written to make sure that they include examples that most students can relate to.

Computers should not be a separate course or subject they should be thought of and taught as a tool.

8 thoughts on “Computers should not be a course”