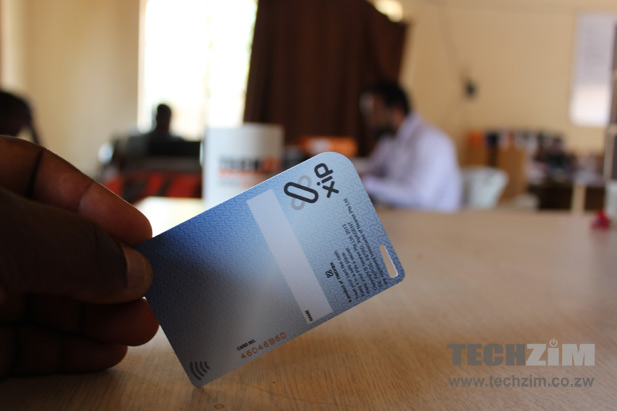 Almost a year ago we covered an EcoCash NFC (Near Field Communication) card payment system which was undergoing a test run in parts of Harare. Instead of swiping at a point of sale, the “Tap And Go” debit card which is linked to a user’s EcoCash wallet, enables transactions through the tapping of the card against a merchant’s device.

The card has now resurfaced and will be introduced by Steward Bank, the financial institution wholly owned by Econet Zimbabwe. Selected Steward Bank account holders have received communication via SMS, notifying them that they have been chosen to receive a contactless debit card which they can collect at their nearest branch.

Frequent users of the EcoCash Debit Card were the ones chosen to be the first recipients of the contactless card, though an inquiry with the Steward Bank team directed us to any of their branches if we hadn’t been selected but were keen on signing up for the NFC Card.

According to information provided by Steward Bank, the card is meant to complement existing debit cards and will be active at every merchant that has the requisite technology.

If the conditions used for the pilot phase stay the same, the transaction costs carried by the card are the same as EcoCash merchant tariffs. A user’s EcoWallet PIN acts as the security measure though minor transactions for $3 or less can be completed with just the tap and no PIN entry.

The pilot phase roped in some public transporter operators, so it will be interesting to see of kombis are included in the contactless card scheme once it has been officially launched to the greater public.

Such an arrangement was adopted in Kenya using a system called the Beba Pay card that was designed in collaboration with Google and it was applauded as a way fo adding convenience to public transportation and accountability of revenue in that space.