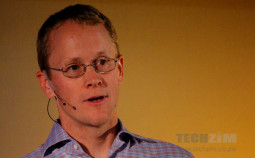 Facebook announced yesterday that it will deliver satellite broadband internet to Africans via satellite starting next year. This will be made possible through a partnership with a European satellite operator called Eutelsat as part of the internet.org initiative.

Commenting on the announcement Facebook’s Chris Daniels said this aligns to Facebook’s mission to connect the world, adding that they “believe that satellites will play an important role in addressing the significant barriers that exist in connecting the people of Africa”

Though not quite clear right now, on the ground this may mean internet providers in Africa will buy wholesale VSAT internet cheaper from the Facebook and Eutelsat project so that they can also sell it on at lower-than-prevailing-prices to consumers. Companies already selling wholesale satellite internet in Africa include Liquid Telecom, YahSat, Avanti and SkyVision.

Eutelsat is not new to Africa. The France headquartered company provides satellite capacity to TV broadcasters on the continent like Multichoice.

Even though Facebook’s Internet.org is a noble idea to get more people connected to the internet, it’s safe to not lose sight of the fact that Facebook is a for-profit company and ultimately, more access to the internet is a good thing, commercially, for them. With this in light, it is possible that access via a Facebook provided satellite connection will see Facebook owned services (Facebook, Messenger, WhatsApp, Instagram) getting preferential treatment to customers using the service.

On why satellite is still an option in the era of 3G (LTE too!) and fibre, the reality is that these options are only available in densely populated areas like cities and major towns. For operators, the business case for 3G and fibre in sparsely populated areas is weak, so people in rural areas, mines, farms, remote schools and so forth can only get good internet via satellite.

The Facebook announcement comes at a time when the price of VSAT internet in Zimbabwe is falling owing to recent downward review of satellite internet license fees by the telecoms regulator, POTRAZ.

6 thoughts on “Facebook to provide internet in Africa via satellite”