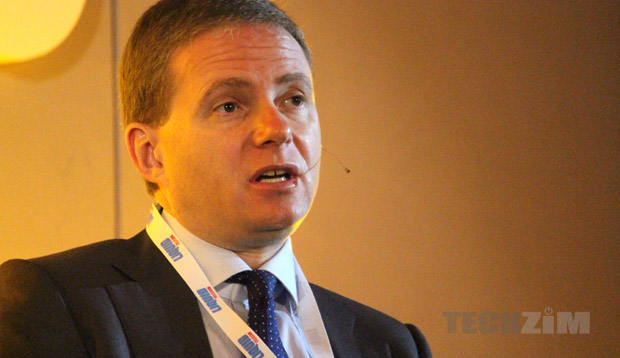 Liquid Telecom Group CEO, Nic Rudnick, has made his views known on the current contentious issue of infrastructure sharing. The Zimbabwean entrepreneur and founder of Liquid Telecom spoke at a conference held in Rwanda this week where he said his company has seen “an effort to force compulsory sharing of infrastructure” in some countries and that they wonder why such policies are being implemented as it doesn’t make business sense.

Our network has always been built as an open access network so it is available for anyone to use. It is our philosophy because we wanted to encourage the smaller ISPs to expand their business, use our infrastructure to service their customers in a way they wouldn’t be able to do on their own

We have seen in a small number of countries that there is an effort to force compulsory sharing of infrastructures.

Infrastructure sharing on a non-commercial basis like compulsory provision of components of the infrastructure and at lower prices than it cost to build it, one can only wonder why that kind of policy is being implemented.

I think that kind of sharing infrastructure is important because we don’t want to drive out the entrepreneurial and innovative companies that have been the foundation of the internet in Africa. I think if that is done with the right policies and on a commercial basis it’s workable

In Zimbabwe, Econet Wireless companies have generally viewed the infrastructure sharing initiative as a push by government to have state owned telecoms companies freeloading on the heavy infrastructure investment that the group has made over the years. In Zimbabwe, Liquid Telecom is majority owned by Econet Wireless Zimbabwe but the wider Liquid Telecom Group holds the management contract.

The Minister of ICT in Zimbabwe, Supa Mandiwanzira, has made it clear however that the government will move ahead with the initiative and that companies refusing to share will just be left out of the sharing arrangements moving forward. Sparring with the government ofcourse has its negative consequences especially in a sector as highly regulated as telecoms, and the Econet Wireless group is well aware of this.

The group is still reeling from the shock of sudden regulatory directives that effectively resulted in the mobile operation’s profits dropping 50% in the half year to August 2015. The company has also complained that the telecoms playing field has become uneven due to preferential treatment in licensing of competition by the government.