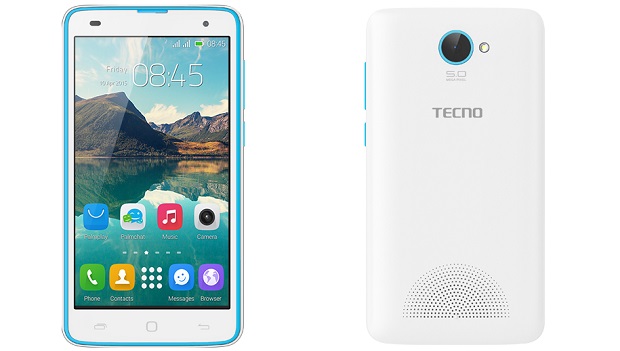 If you’ve traveled around Africa, you’ve likely already come across the Tecno mobile phone brand. It’s big in Nigeria (where they sell about 20 million devices a year), Kenya, Ghana, Tanzania and apparently visible in about 20 African countries. Until now though, the Chinese phone manufacturer didn’t have any official presence in Zimbabwe.

Starting this month, Tecno Mobile will now be officially available in Zimbabwe and will be distributed by a company called Solid Visions Technologies. The devices (feature phones and mobile phones) can already be bought at several retailers including First Pack, Innovative Technologies, iTech, and Appliance Expert.

We spoke to Tendai Chingondo the Business Development Manager at Solid Visions and he told us they got their first consignment just last week and will be getting more shipments in weeks to come. The range they have in stock include feature phones, T347 and T348 and entry level as well as mid range smartphones Y3, Y4, Y6, J5 and C5. You can see the full range on the Tecno Mobile website here. We’re guessing the top level stuff like the Phantom will be coming in future. The cheapest entry level smartphone is retailing at $76.

On the local market, Tecno will face competition from globally renowned brands like Samsung, iPhone, Huawei, Hisense, Lenovo and Acer on one end and established local brands like Gtel on the other. We noted that their history in as far as the type of devices actually somewhat resembles that of GTel, except Tecno is originally Chinese and they started with very big markets like Nigeria.

Like GTel, they have a dual sim strategy and entered the market with a deliberate focus on the low income groups who were usually buying their first phone ever. This led to these brands being looked down upon by Africa’s affluent. But Africa’s low income groups far out-number the affluent so this strategy is a winner regardless what those that buy Samsungs and iPhones feel. Gradually though, thanks to an open Android OS, the Tecnos and GTels have increasingly upped their game delivering mid range and flagship smartphones that can hold their own in any comparison with the favoured Samsungs.

Back to Solid Visions, Chingondo told us in Zimbabwe it’s primarily the middle income earner who wants an original, decent, reliable phone at an affordable price. “[The] market is currently flooded with fake phones and we hope to capture this huge market,” said Chingondo, explaining that they intend to push as many as 500,000 devices in the next 12 months. “Tecno has the most competitive price among all the original phone brands.” he said.

Chingondo also said that all Tecno devices will come with 13 months warranty and that they will have after sales support provided by CarlCare, a Hong Kong tech company that provides support for Tecno devices in all the markets the brand is in. A CarlCare support centre is to be set up in Harare he said.

Explaining the choice to distribute Tecno, Chingondo said its because it’s the fastest growing mobile phone brand in Africa and that the manufacturer has very competitive prices and solid after sales support.

10 thoughts on “Tecno enters Zimbabwe, targets half a million phones within 12 months”