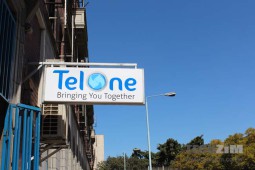 Recently we talked about the legacy debt that has been affecting TelOne, the state owned telecoms operator, but hadn’t really explored the performance of the company.

It’s great that parastatals are now going to be sharing their results and its especially encouraging when the numbers are positive, as was the case with TelOne this past year.

Revenue for the year came to $162 million, representing a 7% increase from last year’s $152 million.

The positive numbers are attributable to TelOne’s increased focus on internet services, which incorporated not only its old ADSL suite, but was also extended to include a Fibre to the Home offering, along with a metro WiFi service. Voice revenue from the TelOne fixed line business unit also weighed in strongly to total revenues.

Chipo Mtasa, the CEO of TelOne has mentioned plans to migrate to prepaid systems to avoid similar challenges with the collection of debt, something that has created an additional focus area for the operator as it focusing on improving its performance.