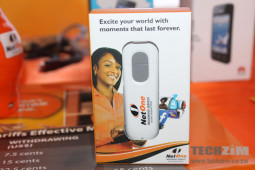 Here’s something for the Twimbos – Local mobile operator, NetOne, has introduced Twitter Bundles as an extension of its Easy bundles.

NetOne subscribers can now get daily, weekly or monthly access to the micro-blogging site by buying ordinary Twitter bundles or through a Facebook and Twitter bundle combo. This follows two similar products, the WhatsApp and Facebook Bundles that NetOne introduced in the first quarter of this year.

It’s definitely admirable that NetOne is working on diversifying its product range, particularly in the broadband space. Everything that NetOne has mentioned and most of its direct efforts such as the $218 million LTE project suggests that the operator is upping the ante on internet services.

As a social media platform that encourages data use through the use of follow through clicks, Twitter fits into that plan. Besides, the idea for Twitter bundles is likely to have also scored points because of a fair contribution to broadband revenue that Facebook and WhatsApp bundles made since NetOne started carrying them.

However, compared to the low hanging fruit that Facebook and WhatsApp are (the two did, after all, possess a market relevance which was backed by strong data and testimonials from other operators) the Twitter bundle seems like a miss.

Numbers on Twitter use in Zimbabwe haven’t been impressive enough for operators to fall over themselves pursuing it aggressively, let alone with a monetisation strategy.

Work would need to be put into growing that user base, which is something similar to what Econet focused on with its free Twitter campaign that ran from mid-2014 to early 2015. Even after all that noise was made, we still don’t have a huge Twitter following locally, and the platform hasn’t caught on as well as Facebook did.

At the 2015 Digital Future Conference held in March this year, a panelist who happened to be part of Econet put the number of Zimbabwean Twitter users at 250,000, a number which was bolstered by the free access granted to Econet broadband users who also constitute the largest local mobile subscriber base.

This gives the impression that NetOne is trying to get a limited number of mobile broadband subscribers to pay for Twitter while selling the platform’s advantages to people who might feel that as a bundled service, Twitter becomes cheaper to access.

For a service that doesn’t have huge implications on data use when compared to an Instant Messaging platform like WhatsApp or the data intensive Facebook which both use multimedia extensively, Twitter surely can’t be priced along the same lines. An 8 month free run from another mobile operator was enough to show people how cheap the micro-blogging can be sold for locally.

This reality check is likely the same consideration that Telecel likely made when it shelved its plans to introduce its own Twitter bundles last year. This happened after Econet introduced free Twitter, killing any idea Telecel might have had to get broadband subscribers to part with money for micro-blogging.

WTF is a better option

NetOne has been quick to adopt winning strategies from other operators. Perhaps it should have also considered how Econet bundled free Twitter with its Opera Mini bundle.

This maintained the following Econet had created with free Twitter while attaching it to another social media Over The Top Service that Econet wanted to promote for an improved Average Revenue Per User (ARPU) figure.

NetOne already has a Facebook and WhatsApp bundle combo, so maybe if Twitter was slapped on as a freebie, this would create a WTF (WhatsApp-Twitter-Facebook) combination similar to what we have seen in other markets like Nigeria, adding allure to an existing product, and giving NetOne the right presence in the Twitter-sphere.