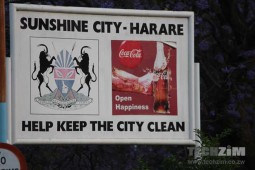 The realities of life in Harare have managed to turn urban experiences into something a lot less cosmopolitan than people would expect in 2015.

A large number of residents do not have the privilege of using tap water every day.  Most find themselves lamenting the state of the road infrastructure in their neighbourhoods and expressing their frustrations with poor or non-existent service delivery.

Sometimes, addressing these deficiencies just requires some communication of the challenges being faced to the people that should be addressing them. Which is why people like Dr Richard Owen decided to use digital tools to get the message across.

He is one of the drivers behind an initiative called SMART Harare (SMART stands for Service Monitoring and Report Tracking) which has, through a platform called Harare Municipality Services, dedicated itself to raising awareness on issues to do with city service delivery and getting the message to the respective councillors. 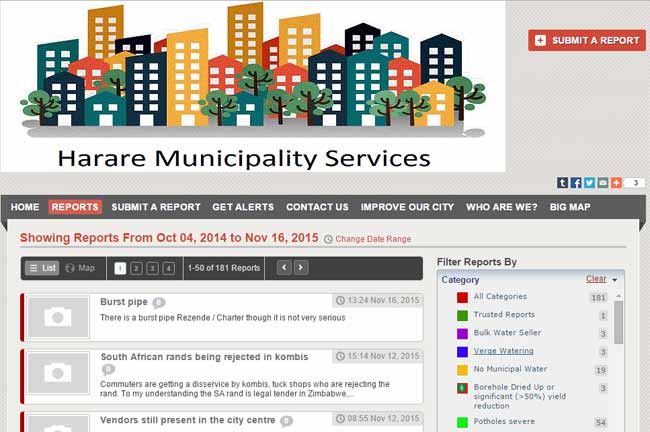 Harare Municipality Services is a web-based platform that provides Harare residents with a channel for submitting reports related to water supply challenges as well as service delivery issues.

According to Dr Owen, who has worked extensively in the field of groundwater, the concept was developed partly because of his concerns with the rapid depletion of groundwater in Harare which has been caused by the city council’s failure to effectively deliver water throughout the city.

Initially, he wanted to have city water supply map and with help from his son he developed the back end of the site which later incorporated other functionalities that included refuse collection anomalies, road infrastructure reports, borehole water level monitoring and water leaks.

Along with a representative map of the city of Harare, the platform assigns specific categories for each issue reported, with geo-tagging technologies offering identification of areas where challenges are being experienced. Reports are logged in real-time and the entry of faults is entirely driven by residents using the platform.

Some of the data gathered on the platform can be used for making decisions around infrastructure maintenance, such as deciding to replace a water pipe that has faults along an extended seam, rather than just repairing it. 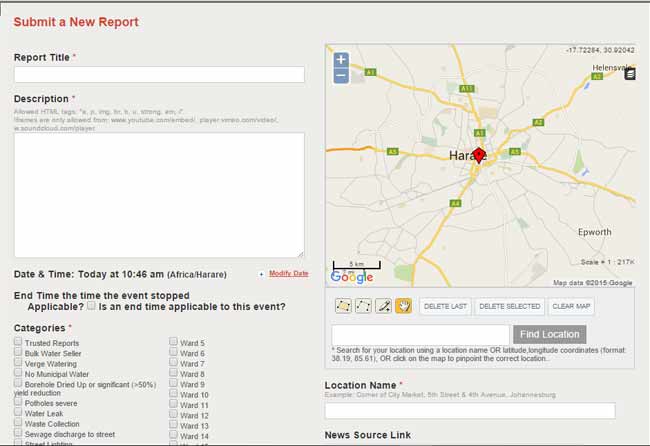 Harare Municipality Services is an implementation of the Ushahidi platform, a Kenyan open source technology used for crowdsourcing that has been used for everything from social activism, citizen journalism and political monitoring. Locally, some people might remember how it was used for initiatives like Ipaidabribe and the zimelections2013 platform.

According to Dr Owen, there has been some interest peaked among some of the councillors who have been using it as a support tool, and the mayor of Harare, Bernard Manyenyeni, who is keen on using tools like social media to reach out to residents, has also shown support.

However, that is far from a full or even significant engagement with the entire city council. Digital tools are not yer being fully embraced for their full effectiveness by lawmakers, city fathers and councillors.

There is a hope that at some point, Harare Municipality Services will gain traction in terms of reports made by citizens, as well as full engagement from city officials. However, getting that stage will require raising awareness on the impact that can be made when technology is used effectively.

The other challenges that seem to be slowing the growth of the platform’s following are language support, the cost of internet services as well as the uptake of smartphone use. While the web platform can be used by Android and iOS who download the Ushahidi app on Google Play or for Apple, it still costs the average Hararean some bit of data to go online and report a burst pipe or uncollected refuse.

These challenges haven’t been tackled, and as the solution is still in its formative stages, SMART Harare would need help from other residents that feel obliged to play a civic role. This can be in the form of an integration with social media and IM tools like WhatsApp or facebook or the development of an SMS based extension that caters for users of “mbudzi” phones.

These alternatives haven’t been explored by SMART Harare, which has been driven by a lean team comprised of Dr Owen and his son, as well as the co-founder Mike Davies who is the former chairman of Combined Harare Residents’ Association (CHRA).

For now, the team is optimistic that they can use the platform to help address some of the challenges the city fo Harare is facing and to hopefully get other municipalities to adopt the same approach.