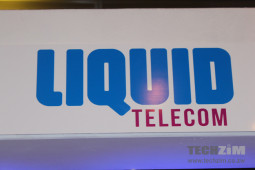 It was fourth in a row for Liquid Telecom when the Econet Group subsidiary was named the best African Wholesale carrier at the recent 11th Annual Global Carrier Awards.

This adds to a growing trophy haul for the telecoms company which is also in the running for a host of other awards from other esteemed bodies.

Liquid Telecom is focused on connectivity services networks largely through terrestrial fibre as well as satellite and data centers. To bag the accolade it beat off competition from PCCW Global, Emerging Marketing Communications and WIOCC.

A huge part of Liquid Telecom’s success has been attributed to an extended commitment to meeting the demands for connectivity across the entire continent, something which has often been represented as a “Cape to Cairo” dream of sorts for fibre connectivity – which is the company’s mainstay.

However, despite maintaining fibre rollout at a claimed pace of 100 km a week, the company has been doing more than just trenching. In the past year, it has been involved in the launch of services such as CrashPlan Africa which is a reliable back-up and restore data service available as a wholesale product for large scale and small scale enterprises.

It has also extended its satellite services, entered into partnerships with other telecoms operators like MTN and Airtel to mark its presence in markets it had previously under-served like West Africa, and grown its investment in Data centre services in East Africa.

It is also set to launch ipidi, a Video On Demand service meant to fully embrace the triple play opportunities of its fibre network which has been unboxed as a Fibre to the Home option in markets that include Zimbabwe, Zambia and parts of East Africa through Internet Service Provider subsidiaries.

At the heart of all of these movements has been the plans for a listing on a European stock exchange, something which Liquid Telecom has slated for 2016.