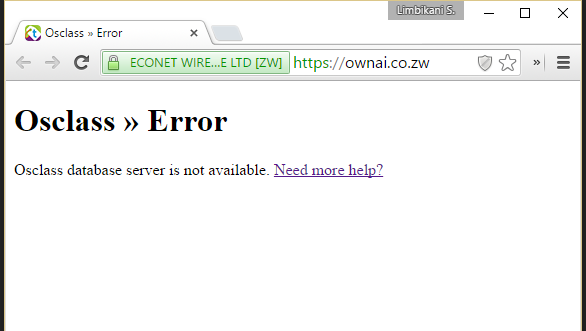 Ownai, the econet classifieds website, which launched yesterday, has been up and down this afternoon. Attempting to visit the website right now produces the error in the picture above. The message on shows that the database of the content management system they are using, Osclass, is unavailable.

It’s not clear yet what has caused the outage but it could be either of two things:

If it’s the first case, it’s both good and bad news for the operator. Good in that clearly there’s massive demand for a free classifieds website which means lots of uptake immediately. Bad in that the database likely fell over because of the lack of proper planning or configuration of the servers for potential demand.

If it’s someone that’s hitting them again, then that just means whoever is doing this has made it their mission to keep disrupting Econet, apparently until they start playing fair.

Whether it’s the “too many visitors” or hacking however, exposing the platform being used is not a good thing for a company that’s already targeted by hackers. 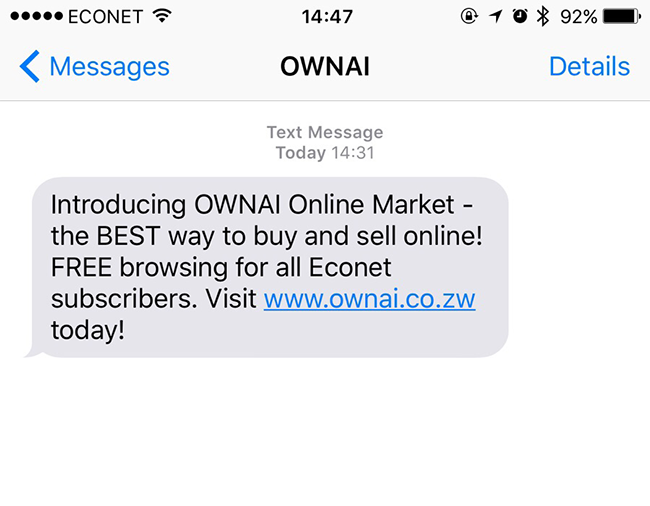