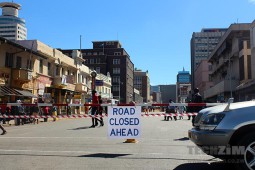 You might have read today in the government owned daily that “Zimbabwe is to manufacture own car model” in the near future. Usually we would just move on, but this being a headline story in the country’s largest newspapers calls for a take on it. We think this shouldn’t be taken seriously at all. It’s the usual effort to offer some news of hope in these pretty damp times.

Here are some excerpts from the report:

Zimbabwe will soon design and manufacture its own car model which it envisages to export to other African countries and has since engaged an Italian firm to spearhead the project. A Memorandum of Understanding was signed in Harare yesterday between the Government and the Italian firm El Badaoui Group on the cooperation to come up with the car model.

Usually innovation doesn’t start with MoUs. It starts with actual work on the ground. MoUs with government come later where there’s need to access the market if at all. It would make sense if such a car (really, the technology, coz what use is there trying to remake the same stuff Toyota makes – might as well invite Toyota to build a plant here that exports to the region) car had been designed already and is this was about market access and protection from indigenisation sharks. But to start signing papers before any work on the ground is done? Innovation at the pace of government (any government really) is a sure way to not innovate.

And said the Industry and Commerce Minister Mike Bimha who signed the MoU for Zimbabwe:

“Mr El Badaoui visited Willowvale Mazda Motor Industries to assess the infrastructure currently in place. We are still working on the logistics of where the plant will be located and which institutions will be involved. Our thrust was to first come up with a framework, a process we have already done”

… Plans are also afoot to establish a food outlet to prepare food for exhibition at the Milan Expo. Burgers made from Zimbabwean crocodile meat, zebra burger and baobab fruit juice attracted a lot of attention at the just-ended Milan Expo where people queued to buy them.

How we moved quickly from hi-tech car design and manufacturing to a single zebra burger outlet is nothing short of remarkable. In a bright future to come soon, an obscure Italian company (that’s into cosmetics and dining with diplomats – see below) will help us design, make and export cars into Africa and while we’re at it, open one zebra burger joint.

Yup, they’ll do it for us. We actually don’t need to do much ourselves. We just have to identify “which institutions will be involved”, which by the way is government speak for more government guys to be invited to the party, or, at best, private tenderpreneur types. And government defaulting to the idea of some guys in Europe holding the keys to Zimbabwe’s innovation? Embarrassing.

And then finally, from the Italian guy who named his company after himself and his brother:

“We will make a huge investment, but first we must focus on innovation. We must first see what can be done before talking about figures. Of course, we will channel funds into the country. Zimbabwe is endowed with a lot of natural resources. What is needed is the right idea to process them at a low cost.”

To understand what kind of company the El Badaoui Group is, you have to look at its website. Their business apparently is “creation and promotion of innovative Brands, including their own brands, specializing in Luxury products, original and without competitors.” The guys make cosmetics, food products and apparently also do “International P.R”. The PR bit gives you a sense of what today’s car manufacture news is about.

And if you check out what El Badaoui’s been up to so far, out of their 10 most recent updates in their news section, 8 have the Badaouis posing for photos with diplomats especially from Africa. Especially from Zimbabwe. This is not a technology company. They work with diplomats to do whatever those that like working with African politicians do.

What I don’t get is why these announcements have to be made in first place, and why they have to be headlines of the most read daily in the country. Is it that Zimbabwe are just supposed to be filled with hope for a bright car-exporting future that awaits? Or are these ministers so down a path they can’t tell anymore the signal from the noise, so they just roll with whatever and whoever, promising Zimbabweans stuff that’s in the future.

To be clear though, how such news still makes headlines speaks more about us who are expected to read and hope, than those that utter & write the stuff. They are doing what they’ve done for decades. We on the other hand are doing our part dutifully; listening and hoping.