Econet’s Ownai hit by another outage. Separately, hackers claim they attacked it 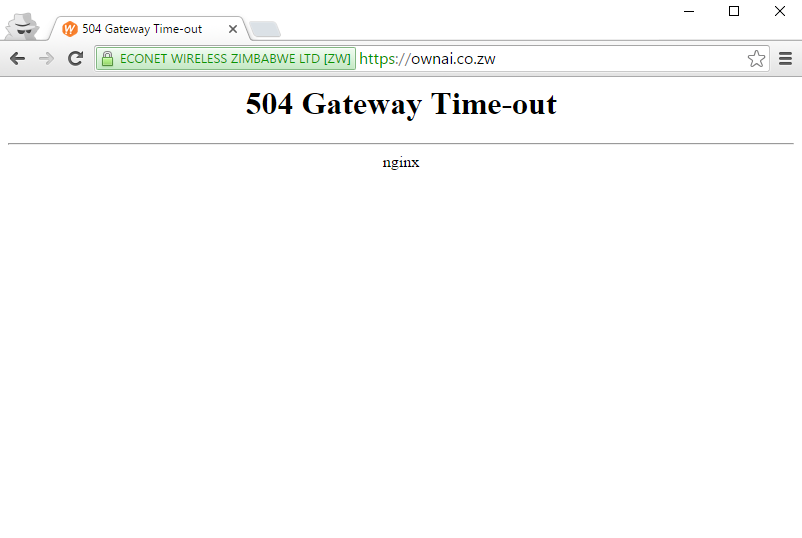 Econet’s classifieds website, Ownai, is down again. It’s not clear yet if it’s another case of lots of visitors trying to visit the site at once (they just sent out an SMS ad inviting user to the platform) or if it’s the case of hackers having hit it again.

A local tech  blog, Techunzipped,  said today however that some hackers claimed to have gained access to the site in the past few days. The current downtime and the hacking could be unrelated though because even after seeing the article earlier, we noticed the website was up and operating normally.

As far as we can tell, the site as been down for about 30 minutes now. Hopefully they fix it soon. As long as it doesn’t take more than day (or the near 3 months it took with Tengai) it should be a big problem. Nothing beats zero-rated at the end of the day so users will likely just wait and try again later. Yes, zero rated is still unfair but this is business, and it’s the regulator that needs to act, not the business.

Here’s a tweet from one user of the platform:

And you can read the Techunzipped article on the hacking here.