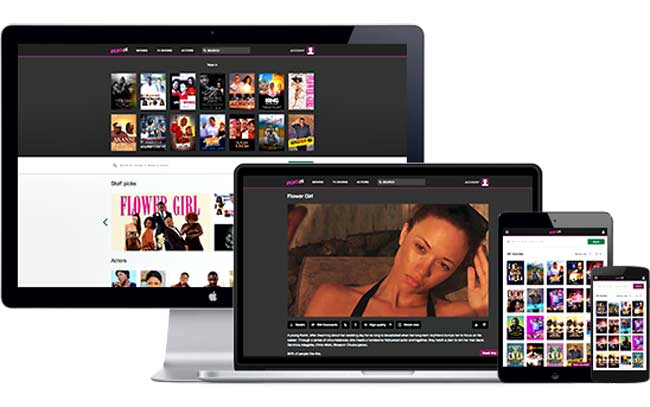 iROKOtv, the Nigerian subscription Video on Demand (sVOD) service that recently launched a global content distribution arm, has announced a multi-million Euro deal with the CANAL + GROUP, the largest French pay TV provider which has a leading focus on Francophone Africa.

The two companies will be co-branding and launching an Android app that will be the first mobile sVOD service in French Speaking Africa. All of the noise around VOD services so far has been in Anglophone countries only, leaving a huge potential market in Francophone and Lusophone Africa.

Jason Njoku, the founder of iROKO, wrote about the deal on his blog, mentioning how it will introduce curated content to a new French African market – content that will include Nollywood productions (iROKO has a firm handle on this) movies, series, and telenovelas from French-speaking Africa.

In a lot of ways, it shows how iROKO is widening the net for its inventory, creating a space for itself in new markets on an old canvas.

Tapping into the huge potential of mobile entertainment, patiently

Njoku has outlined the huge opportunities being chased by iROKO here. Besides a mega bucks deal (Njoku had referenced the linear TV deal earlier, pointing out how it outsized iROKO’s existing subscription business), there is the engagement with  Francophone Africa’s huge mobile market which is expected to peak at 165 million users by 2020.

CANAL + GROUP gives iROKO access to those numbers while offering the Nigerian startup an even stronger relationship (they’ve had previous arrangements for linear TV ) with a 20-year content distribution veteran. CANAL+ also marries its plans for diverse local content curation with a startup that has gone to great lengths to establish systems for quality African entertainment.

There are massive returns being eyed in the long term here, with mobile being seen as the eventual dominant platform for on-demand content.

What is impressive for both parties is the establishment of a firm footing in that potential market without necessarily writing off the need for finding cash flow from platforms that are still leading right now. We’ve looked at how iROKO expressed this point of view with its iROKO Global angle.

As ambitious as mobile VOD sounds for Africa and its cellphone market, it is still being weighed down by certain realities that every business has to take note of. The cost of internet is still too high, mobile devices with internet access aren’t in everyone’s hands and the puzzle of securing bankable material isn’t easy to solve, despite what guys like iROKO have managed to pull off.

Hopefully, other VOD startups will be taking notes. Figuring this out is what will likely be the differentiator for successes and failures in sVOD services.

The dynamics are all the same for large and small players. Which means the slew of new VoD service providers to come onto the African map or show interest over the past year (Showmax, ONTAPtv, MTN, a yet to launch Econet service etc), however big or small have to figure out these same issues.