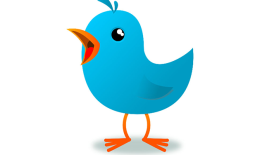 This Android version of Twigle is its crossover into a third mobile operating system after having been launched for Windows first and later receiving an iOS version.

Twigle for Android will, however, be available via Amazon rather than Google Play and it has been priced at $6.99 which is the same tag placed on its iOS version.

You can download the Android version of Twigle by following this link.

According to Gift Gana the founder and CEO of Avelgood and the developer behind Twigle, this has been beought about by the need to secure a channel for receiving payments made for Twigle and any of its in-app purchases.

Gana pointed that while it’s fairly straightforward to put up a free app on Google Play, Google Payments does not support merchant registration for Zimbabwe. This means that you can’t set up a merchant account and receiving remuneration is not possible.

Using Amazon to distribute the Android version of Twigle is meant to help Gana solve this problem while presenting n alternative for users of Twigle and other bird identification apps who are on Android.

Gana says that there is a huge potential market for the Android version of the app which will likely gain traction in the Southern African market where Android is the leading operating system.

He did, however, concede that placing the app on Amazon creates some friction for Android users that are comfortable with securing their apps from a default store.

The placement on Amazon makes a great business case, particularly for an app like Twigle which has a revenue model based on the sale of the app and its added features. However, it also means that users that want the app have to go through the motions of buying something on Amazon.

In any case, it all comes down to the customers that the app is earmarked for. In the case of Twigle, where the app has a unique functional role for a niche domain, users might be willing to cross any platform, and pay through the necessary channels just to get an app that acts as the best tool.