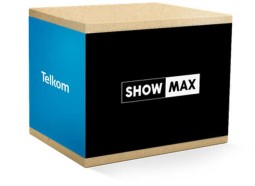 Telkom, the South African fixed and wireless telecoms company has entered into a partnership with ShowMax, the Naspers-owned video streaming service.

Through their agreement, subscribers of  specific packages such as Telkom’s SmartPlan 100, SmartHome Premium, Supreme or Infinite, LTE-A  packages or any subscription to a 10 Mbps service or anything greater than that will have zero-rated access to ShowMax.

It’s being run as a promotion that comes with one month’s free access to the ShowMax service for anyone who subscribes to these Telkom packages.

For South African subscribers of video content, this is just another glimpse of the level of competition that lies in their broadband and VOD services markets. One other VOD and broadband operator, MTN also zero-rated access to the FrontRow service. It should be highlighted, though, that MTN was effectively zero-rating the data cost for its own VOD service.

All this does, however, highlight some avenues that can be explored by broadband providers in other markets. The Telkom/Showmax promotion has been powered by the need to create an awareness of VOD as a service that can be enjoyed through a good internet connection.

Perhaps the various local internet providers could do the same? ShowMax isn’t active for Zimbabwe yet, but that doesn’t mean the idea can’t be sold to it. Besides, such an engagement doesn’t have to be just ShowMax. Other VOD services can also be courted for the same arrangement.

Looking at TelOne, the Zimbabwean Telkom equivalent, this sort of arrangement would augment its efforts to increase its visibility in the Fibre to the Home market, while giving some weight to its better-suited ADSL packages.

The VOD services market in South Africa has undergone tremendous changes over the past year and a half, but eventually the disruption will find its way across the Limpopo.

While Econet has only just announced its entry into this space, perhaps other operators might want to see how they can tap into VOD as a future service line. Getting a feel of the market with a promo of sorts just might be the best way to find out what will work.