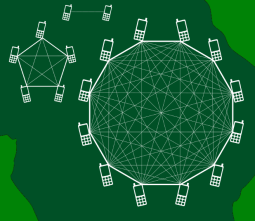 Any discussion about Net Neutrality locally (that is the Zero rating kind we worry about here and not the internet superhighways one they worry about in the US) gets emotive pretty fast. Articles we write here get a lot of comments from people that, either strongly feel operators like Econet and their OTT partners have a duty to play fair, or they strongly feel that operators that have invested money in network infrastructure, should model access however they see fit to advance their profit mission.

The worrying thing in Zimbabwe is that the telecoms regulator, POTRAZ, is not bothered. When we have mentioned this issue to executives there and at the events, it’s been met by what amounts to “oh no, net neutrality isn’t an issue in Zimbabwe. Why are you guys worried?”

To be clear, it’s hard to find the perfect arrangement that would 1) be fair to operators, 2) promote access for subscribers that cannot afford basic connectivity, and 3) at the same time create a level playing field for internet entrepreneurs looking to access these subscribers. After all, mobile operators are indeed in it for the profit so any proposal that comes from the activist position of appealing that they show more concern for the welfare of other businesses, is unhelpful. I’ve been guilty of this myself, letting my belief in the internet get in the way of practical business matters.

Recently, I came across an article titled Zero Rating: A modest proposal, whose view on this looks practical and offers an opportunity for that balance needed. The writer, Steve Song, suggests that we explore treating connectivity to the internet the same way we treat connectivity to the phone network – that is we let everyone be part of the network at a very basic low connection speed like 2G, because when this happens we create more value for everyone using the internet, which will likely trigger more spending on internet activities – something that would solve the operators’ biggest concern:

What if it were normal for all MNOs to offer low-bitrate, generic Internet access in the same manner that all MNOs connect phones to their network?  Let’s imagine that Internet data were enabled by default for free at GSM (2G) speeds of only 9.6kbps to all users.  Let’s also imagine that it is a best-effort service that might not always achieve that speed or may have terrible latency, a bit like real 2G service.

A million users consuming 2G at a modest 4.8kbps would consume about 4.8gbps per second of capacity.  Looking at the adult population of South Africa of roughly 35M people, if everyone were consuming that data on their phones at one time, it would amount to 168 gbps of capacity across the entire country.    Let’s put this in the context of South Africa’s undersea fibre optic cable capacity, which currently has an aggregate design capacity of 17 tbps, soon to reach 22 tbps when the ACE cable lands.  Free 2G data for all would consume less than 0.01% of the design capacity of the international submarine cables landing in South Africa.

Song admits that the basic proposal may have many flaws but I agree with him that its certainly worth exploring and at the very least piloting on a network to see how consumption behaviours change and what the impact on profitability would be for the operator.

It’s somewhat similar to Facebook’s opening up of their free basic platform to developers so any site/app can be zero rated, but the key difference is that this is not controlled by a few global players and that it doesn’t need a new platform for everyone to start to developing for. Song’s proposal is just a simple basic slower internet for all.

Read the full article here which includes more on how this would work and what the benefits would be. Curious to hear your thoughts on it, especially if you work for or with an mobile operators.