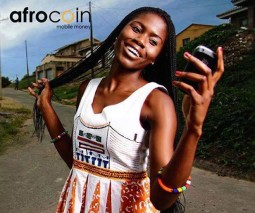 Afrocoin, an international money transfer outfit that came onto the scene a few years ago with remittances, money transfer and airtime top-up services has announced its new partnership with EcoCash Diaspora, the remittance service arm handled by Econet’s mobile money service company EcoCash.

According to information shared on the Afrocoin Facebook page, this arrangement will allow beneficiaries in Zimbabwe to receive remittances straight into their EcoCash wallets. The money can then be cashed out at any EcoCash agent or used for any other EcoCash related transactions.

This is essentially the same value proposition that EcoCash Diaspora has extended to the handful of international money transfer services that it has partnered with in similar tie-ups since 2014. It’s also been explored by Telecash through a partnership with Mukuru.

This engagement with multiple money transfer service providers has been accelerated by EcoCash’s willingness to partner with any willing service provider that meets EcoCash’s own considerations around compatibility.

In a lot of ways, it’s a win-win situation for EcoCash Diaspora and the money transfer service which is in this case Afrocoin. EcoCash gets to grow its diaspora service arm by working with entities that have done the necessary ground work to establish visibility in the diaspora source markets and it also earns revenue through any agreed commission while also diverting cash into its own mobile money financial ecosystem.

Money transfer companies like Afrocoin get to provide numerous collection points thanks to the wide agent network provided by EcoCash. In this particular case, Afrocoin which has been relying on a network of 90 agents for cashing money for transfer and for cashing out now has access to 20,000 points of service courtesy of EcoCash.

This not only increases service options for Afrocoin customers but it also gives the startup access to the brand reputation that EcoCash has built over the past few years.  The EcoCash platform also gives Afrocoin a channel that can slightly help close the competitive gap that exists between it and other larger remittance giants