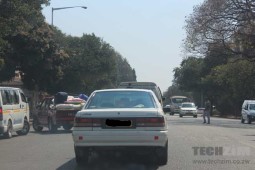 Most of us are familiar with Lyft, the billion dollar startup that came from a mobile application that facilitates ride sharing. Others may also know that it was developed to initially support Zimride, a ride sharing service whose concept and name was inspired by Zimbabwean ride sharing practices.

This story has been recalled time and again to demonstrate the possibilities of great solutions being created for Zimbabwe and Africa out of everyday problems. That focus on local transport solutions didn’t die off with Zimride though.

A local startup called SmartGo Zimbabwe developed it’s own ride sharing service that uses an Android application with the same name. The service works in the same way as conventional ride sharing services, offering travelers a tool for facilitating and coordinating rides or lifts from transport headed in the same direction as their intended destination. 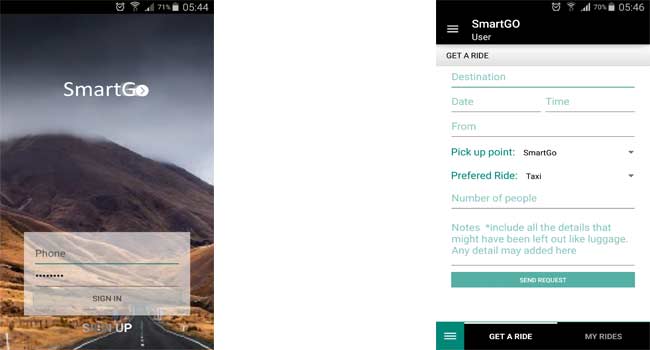 After downloading the app and registering an account, a user can then “Get a Ride” by specifying key details like the destination, date and time of departure, specified pickup point, preferred ride, the number of people and other specifics like luggage. 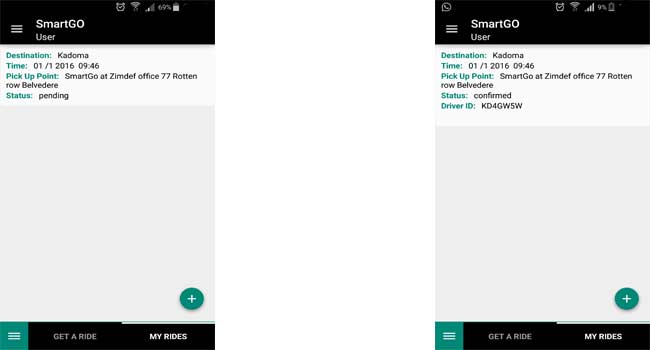 Once a ride is identified the user is given details that confirm the lift and give the user a SmartGo generated driver ID. Communication can be made via phone for followups. The service is offered to travelers for free with the drivers providing SmartGo with a commission which acts as the startup’s revenue.

So far the service which was launched on the 18th of December has attracted 20 frequent users and is targeting a monthly sign up of 50 users, with a lot of the attention for the app having been created among students traveling to college.

According to Prosper Nyamukondiwa, the co-founder of SmartGo, the application was designed to be a simple and convenient solution for the challenges faced by Zimbabwean travelers who often turn to private transport for lifts to their intended destinations.

Another problem that he and his co-founder Juma Mkanda felt needed a solution was the heckling that travelers and drivers encounter from touts, commonly known as mahwindi that frequent transport pickup points.  Nyamukondiwa says,

Most Zimbabweans in their life have used lifts for their journeys . But in accessing lifts they face harassment from rank touts. (These guys) also offer competition to our service but they are also a problem we want to deal with.

Another value proposition from SmartGo team is the security that comes with dealing with drivers that are registered in their system and can therefore be traced. This manages the risks that travelers are exposed to when they get lifts at these pick up points.

Besides worrying about competition Nyamukondiwa says they have other challenges that lie in their own journey to startup success. SmartGo is a bootstrapped venture so there has been attempt to make the most of whatever resources are at their disposal, a situation that will become challenging as the service scales and they figure out how to handle an increase in traffic.

One other challenge that will be hard to overcome is the limited internet penetration which affects the uptake of any broadband enabled service. this has also fed into a reluctance to use the service by some travelers who see it as a new form of technology which uses broadband and is therefore a cost.

As entrepreneurs they do however want to continue to refine their service and are hoping to onboard other services such as insurance and car tracking at a later stage. and as these are the early stages of their startup, they will looking for feedback to do this.