MultiChoice the Naspers-owned pay TV service and parent company of DStv has welcomed the arrival of VOD service Netflix in Africa because this offers subscribers more options.

In an article published by Fin24 that quoted MultiChoice on the launch of Netflix, the company highlighted the work it is doing to expand its own VOD service, Catch Up which is used by subscribers to some of its DStv packages.

The politically correct #CompetitionIsGood response is to be expected. It could have even been a bit genuine considering that another Naspers company, ShowMax is also operating in the burgeoning VOD services market. having a competitor like Netflix would help everyone in that space, ShowMax included, to raise awareness on the new TV option.

But that’s a bit of a reach. Naspers isn’t bothered by Netflix because of other fundamentals that make Netflix and any other VOD service less of a threat for the leading African pay-TV service DStv.

Netflix in Africa means a viewers’ alternative that is carrying hours upon hours of quality content with the right sort of strategies to churn out more and more of this good stuff. Plus, it has a competitive price. But these two factors don’t seem adequate to dethrone DStv in Africa and become the leading pay TV alternative.

One of the biggest hurdles fo Netflix and any other IP TV service in Africa is broadband. It’s two-headed monster, presenting challenges through its availability (or absence) as well as the high cost associated with accessing it.

Outside Africa’s technology anchor markets (Nigeria, South Africa, Kenya and Egypt) and the handful of “technologically progressive” economies like Seychelles and Mauritius, the internet is still not viewed as the utility that it is. Africa’s internet penetration rate stands at 28.6% against a world average of 46.4%.

Getting a decent enough internet connection that will be sufficient for streaming (uncapped with reliable speeds) doesn’t come as easily. Options that provide reliable bandwidth such as Fibre and decent ADSL aren’t commonplace despite all the efforts being made by carriers to change that.

As an illustration, the latest Zimbabwean telecoms industry report showed that there were 4,482 connections for Fibre and 57,201 ADSL connections. This is against 5.8 million total recorded internet connections where 95% of those connections are made through mobile internet.

This representation can be extended to the majority of African countries where 90% of internet connections are through mobile broadband. This form of internet tends to be expensive, making it difficult to rely on it as the primary source for an internet service like streamed video that requires extended connections.

With such feeble numbers for the one channel that carries the Netflix service, market domination isn’t a short or medium term reality.

DStv, on the other hand, works through satellite technology which, to be fair, won’t be the leading avenue for distributing content in the future but has so far managed to be a very functional option. 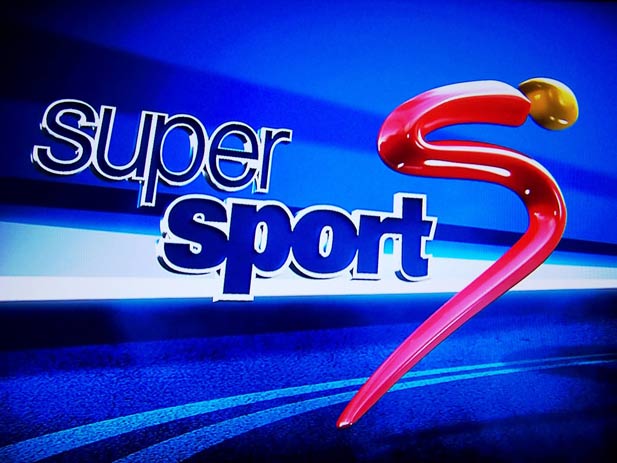 The other important consideration lies in the consumption of sports content. The African market has a healthy appetite for live sports, something that MutiChoice took a lot of time to address meticulously with the SuperSport service.

Rather than being just a sports entertainment service, it has consistently improved the delivery of live sports entertainment, fine tuning content to cater for the varying tastes across the continent. This has involved securing the rights to certain sporting leagues and tournaments and being the face of world-class sports content delivery.

All this effort has resulted in a great service that MultiChoice charges a pretty price for, something that seems to be driven by the fact that consumers of great sports content are willing to pay premium prices for the best delivery. They thus form a huge quotient of consumers willing to spend disposable income on entertainment.

This also gives some sort of additional reason as to why premium sports channels are reserved for the expensive packages (MultiChoice has always justified this through the cost of acquiring the content).

Data on pay TV trends has suggested this time and again. One tweet shared in the Twitterstorm on Netflix’s launch showed a survey carried out by the Zimbabwe Advertising Research Foundation (ZARF) that indicated how over a 4 week period the most watched channel was Supersport by 23% of viewers ahead of other channels like YADAH TV, SABC and National Geographic.

These trends all show one simple truth – sports is a big deal and most of the people that are willing to pay for entertainment want that more than anything else. MultiChoice has sports content locked and service providers like Netflix do not have the one major type of content that has been driving and maintaining subscriber loyalty for the DStv service.

Will Netflix ever be a threat?

MultiChoice might have shrugged off Netflix as another “welcome competitor”, but it knows the sort of threat that this service poses. Right now other factors have given MultiChoice some sort of breathing space but it won’t last forever.

Broadband service delivery will improve and more people will have access to Netflix and other VOD services. What sets Netflix apart, though, and the reason why it led the charge on African VOD disruption is its content. It’s so good that MultiChoice had to secure for its own platforms.

As long as Netflix continues to create and curate high-quality entertainment it has a shot at snapping up all those viewers that don’t necessarily like sports but want the latest series or movie that is defining television.