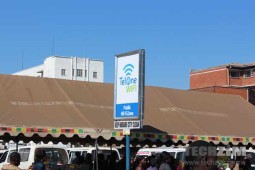 TelOne, the local fixed telecoms and internet company has kicked off a new promotion for its public WiFi service, offering significant increases in data on its 3 packages.

The new validity periods are a marked drop from the 30-day allowance that was previously offered on the same vouchers.

Is an increase in data allowance enough for TelOne to corner the market? That may not necessarily be the case. In a field that has broadband alternatives from mobile operators and home internet service providers, TelOne and other WiFi providers are competing not only on price but validity periods and access point dynamics.

TelOne has clearly got price and value for money on lock, but these other factors come into play if TelOne wants to make a bigger impression in the race towards offering internet to most of Zimbabwe.

According to TelOne, the promotion isn’t a response to competition or the VOD/Netflix craze that appears to be influencing internet providers’ product and price fit decisions. Instead, this promotion is meant to be just another play at value addition for its WiFi consumers that have huge data needs.

Broadband consumption patterns have changed significantly over the past few years as internet users have adapted to growing trends such as video’s growth as a medium and the way cloud-based access has been extended to a gamut of services. TelOne seems to be watching those changes and tailoring its products accordingly.

Whatever the reason, though, anyone who needs to access a lot of data (here’s to the users of torrents) with $5 or less will likely be headed to TelOne wifi hotspot from now on.