Zimpapers, again, accused of stealing content. And why it’s complicated. 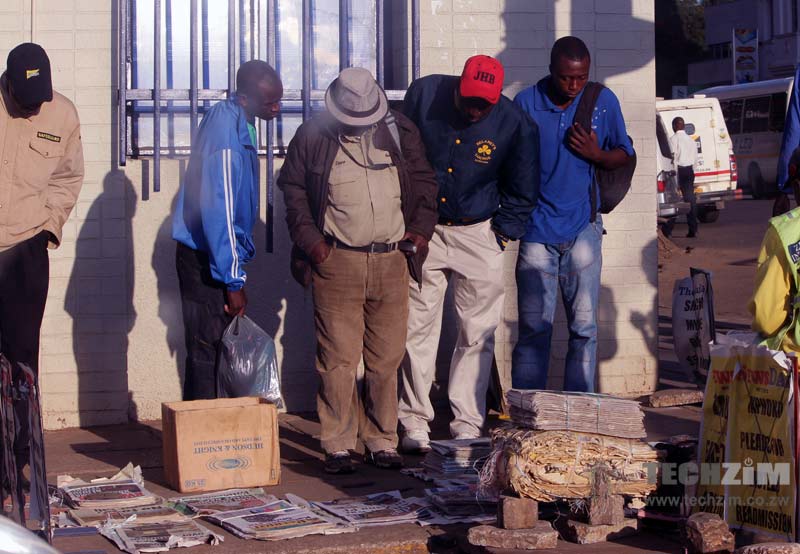 In November last year, we posted an article titled “Zimpapers accused of stealing content by local bloggers…again. In it we talked about the unsustainable practice of stealing content that is rampant in Zimbabwe. What triggered that article was an incident where a Zimpapers publication had copied articles without permission from a local internet publisher called SSN.

At that time Zimpapers apologised and indicated this was an isolated incident. Also around the time, Harare News, a local publication, complained that their content is stolen regularly by established media companies in Zimbabwe.

That content theft, it appears, hasn’t stopped.  Just yesterday, Harare News tweeted that Zimpapers has, in just the last week alone, stolen content from them on two occasions. Here are the tweets:

The plagiarism by @ZimpapersTech Suburban title continues despite open letters and promises to reform. #NoIntegrity pic.twitter.com/XMq0yl0pVr

We asked Harare News for a detailed comment and below is what they sent through. They are understandably quite unhappy about it:

Plagiarism, that is, the theft of content, is an extremely low and unethical thing for any journalist, editor, publisher, or academic at any level to do. Even school children know that copying each other’s homework is morally reprehensible.

In recent months we have seen a new Zimpapers title, the Suburban, move aggressively into our space. To us this says that we have made an impact and our unique offering is worthy of replication. We welcome and relish the competition. However, we object strongly to the direct copying of an article in their pilot issue, and a photo in a more recent issue. We fear that these instances of plagiarism are likely just the tip of the iceberg, as we do not see every issue, and suspect that the Suburban team likely tweak our photos and articles (as they attempted to do most recently) to disguise their fraud. We are of course not the sole victims of this either, as Schools Sports Network will testify.

Perhaps even more aggravating however, was the use of a photo from our website (a photo that was printed in 2015), in Zimbabwe’s supposedly most important national paper, The Herald.

As a small independent media house operating in a tough economy, we work to extremely tight budgets, and publish on a shoestring. It would be so easy cut costs by copying and pasting content from the internet, but we hold fast to our editorial integrity. We pay journalists and photographers for the work they submit. It is upsetting therefore to see the work and expense that our team have invested into producing fresh and interesting local content being stolen, and being used to cut costs at other outlets.

Zimpapers, do your own homework, stop copying others.

Thanks very much to the #Twimbos out there who are sharing in our outrage.

Considering these incidents happened just this past week alone we’re sure Harare News are probably tweeting to just make a point; these are likely not isolated events. In fact, we found our image used about a week ago by The Herald, with no attribution whatsoever.

We wrote to Zimpapers for comment on the Harare News incidents but we didn’t get anything by the publishing deadline.

It’s not a simple matter

Zimpapers themselves are a victim of it every day, and have said it causes them sleepless nights. Internet publications like Nehanda Radio and Bulawayo24 steal their content all the time and this is why they’ve gone to the extent of disabling the copying mechanism on their websites, which, unfortunately does little to prevent the theft. Seeing the hopelessness of the situation, they may have gone into a “if this is how media works on the internet, we’ll just do it too” mode.

It further complicates matters that it also depends on what the original creator of the work considers theft. At Techzim for example, we don’t mind the occasional use of our images (but not our articles) as long as credit and a link back to the original image are given. We however have an issue when logos are photoshopped out. But that’s just us. Other publications understandably just don’t want their content used at all, period. The problem is that those that take the content decide the rules most convenient to their objective.

Earlier today for example, while gathering of information for this article, we noticed a tweet by @263chat for an article posted on their website titled “Tsvangirai back onto Twitter, gets mobbed“. The whole article was pulled whole from a South African publication called News24, and 263chat likely innocently considered it ok to just credit News24 at the bottom of the article. We presume they did this innocently because 263chat have been a very valuable voice in speaking out against content piracy locally. They wouldn’t speak against it in one moment and be stealing in the next. Just today in this current Harare News Zimpapers incident 263chat rightly asked:

With all those resources, they STILL steal content! #263Chat https://t.co/7lcfgfBbui

Ofcourse we could be wrong about this. 263chat might actually have an agreement in place with News24. To be sure we tried to check if they realised this practice also constitutes theft and we haven’t received a response so far.

The definition of theft is clearly not clear. And it doesn’t help that there’s no easily accessible unambiguous guideline by the local media industry on this. To be fair, there’s a Voluntary Media Council of Zimbabwe locally that deals with such issues, and they have appealed to Harare News to lodge a complaint: