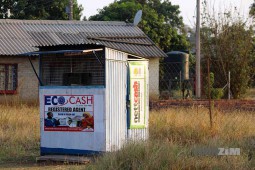 According to the RBZ, in 2015, monetary transactions totaled $57 billion and mobile money payments accounted for 87.9% of these transactions in terms of volumes.

This figure was followed by 5.64% of transactions made via POS terminals and 5.23% from ATMs. RTGS and internet transactions amounted to 0.88% and 0.22% respectively and cheque transactions trailed the entire cluster at 0.15%.

In terms of the value of the transactions, RTGS carried 80.7% of the overall value, followed by 7.5% for mobile, 6.19% for ATM transactions and 2.84% for POS terminal transactional value and 2.52% for internet transactions.

As with previous monetary policy statements that have come in the wake of mobile money adoption, Zimbabwean monetary exchange has been skewed towards mobile financial alternatives.

In January 2015, only 30% of adult Zimbabweans(2,08 million people) held formal bank accounts a number which is outpaced by the 6.06 million mobile subscribers during the same period.

In the face of stringent conditions for accessing formal financial services and an increasingly informal economy, mobile onye has emerged as the leading channel for the movement of funds among the majority of Zimbabweans.

6 thoughts on “87.9% of payments in Zimbabwe handled through mobile money – RBZ”