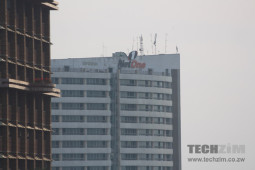 NetOne, a state-owned telecoms company and the second largest mobile operator in Zimbabwe is alleged to have lost millions of dollars through procurement irregularities in the acquisition of base station towers and software for OneWallet, the mobile operator’s mobile money service.

According to the Herald, the inconsistencies were brought to light by the operator’s recently appointed Chief Finance Officer, Sibusisiwe Ndlovu who raised the issue in December 2015.

Some of the alleged improprieties include padding of invoices to suppliers of third party services as well as questions on the return on investment from mobile money service OneWallet. The service reportedly cost NetOne $600,000 through an advanced payment but has only been generating $1,000 a month in profit.

NetOne’s board Chairman, Alex Marufu, is reported to have confirmed the irregularities and pointed to investigations being carried out while emphasising that this does not suggest any misappropriation of funds.

All official comments on the issue are now being run through the operator’s CEO, Reward Kangai, who is yet to respond to our questions on the matter.

While everyone waits for more light to be shed on these allegations and the result of any sort of investigation a very negative impression is created for the operator as it tries to effect a turnaround plan while seeking another $600 million in investment on top of another $218 million which has been ploughed into the network.

It’s easy to look at the allegations as just another case of state-owned enterprise corruption but as long as NetOne wants to make any legitimate effort to operate competitively in an increasingly tough environment, it has to make sure it exorcises the ghost of public sector management which places little or no emphasis on accountability and efficiency.

The operator’s performance and the specifics on some of its services have hardly made public, something that makes it easy to believe these allegations and any questions raised on the handling of corporate governance.

NetOne only started publishing its financial results last year after the government made a push for increased transparency in all parastatals. Before that, the operator, like other State-owned enterprises, had been under limited scrutiny through irregular audits from the State.

At the same time, the $1,000 a month figure on OneWallet profitability, if it turns out to be accurate, screams of inefficiency which actually borders on incompetence. The mobile money service was last recorded as having 200,000 active users, a number which should guarantee a better return that what is being suggested.

The new management at NetOne, which includes the whistle blowing CFO Sibusisiwe Ndlovu and the new COO Brian Mutandiro, will have to champion that new wave of transparency, accountability and operational efficiency if any hopes of turnaround and profit that match its competitors are to be realised.

2 thoughts on “Allegations of corruption surface at NetOne, point to need for transparency and efficiency”