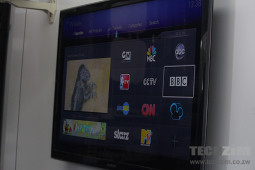 Zimbabwe is still struggling with digital migration and it’s been revealed that the country will only be ready to make the final switch to digital broadcasting in December this year.

According to the Newsday, this information was shared by Mathius Chakanyuka, the chief engineer at Transmedia at a recent stakeholder meeting on digital migration. Transmedia is a state-owned broadcast and digital media entity providing TV and radio signals to all broadcasters in Zimbabwe. It is playing a crucial role in the digital migration project.

After meeting a deadline set by the International Telecommunications Union (ITU) for provisional migration, the crossover to digital broadcasting was supposed to have been achieved by April this year, but according to the Minister of Information, Chris Mushowe, this schedule can only be met if the government sticks to payment dates set with the contractor.

Hauwei, the Chinese technology giant was brought in as the lead technical contractor in early 2015 under a $155 million contract a move which was underwritten by the $200 miliion secured by the government for the entire digital migration exercise.

In January this year, the CEO of the Broadcasting Authority of Zimbabwe Obert Muganyura stated that Huawei was still owed $42.4 million while the entire migration project was only 34% complete.

Other than the Huawei contract, the funds secured for digital migration were also earmarked for the securing of satellite access which was concluded through a 3 year deal with Eutelsat; the purchase of 400,000 set top boxes (valued at $18 million) that are supposed to be distributed nationwide, as well as the acquisition of content that will be broadcast on the channels that will be created at the end of the analogue to digital crossover.

With such elaborate requirements for funding being delayed by the release of resources from the necessary channels, the meeting of any deadline even if it’s cast to December 2016 becomes doubtful. Hopefully, the necessary resources can be mobilised in time to ensure that the entire project is brought to a conclusion by the nd of the year.