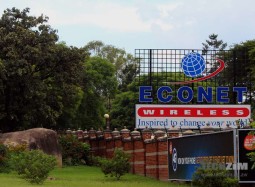 Remember Econet Wireless’s Head of e-commerce, James Gibson? We wrote about his arrival at Econet last year. Coming from a Rocket Internet e-commerce startup, he appeared to have been recruited to lead Econet’s e-commerce efforts in the region starting with Zimbabwe’s Tengai.

We have received information from sources telling us that even though his Linkedin says he’s still at Econet, Gibson  left last week. It’s not clear where he’s headed to but some suggestion are he’s joining a company in the Middle East. Gibson was generally seen as the guy leading the Ownai operation, which was launched, relaunched and relaunched yet again during the second half of 2015.

Information we have is that Gibson was the man on the ground in Zimbabwe, but the the executive actually in charge of the group’s e-commerce operations is Cape Town based Neil Schwartzman, whose LinkedIn confirms he has been CEO E-Commerce at Econet Wireless International since as early as October 2014. This likely means that Gibson’s departure has minimum disruption on Ownai.

We asked Econet about Gibson’s departure and possible replacement and this what they shared:

We confirm that Mr James Gibson has left to pursue other interests and we wish him well. His replacement will be notified if and when it becomes appropriate.

On who Schwartzman is, his e-commerce experience includes being General Manager at Naspers’s classifieds operation, OLX, and before that Chief product Officer at the now defunct Kenya based Mocality, a Naspers company.

As for Ownai, it’s been about 3 months now since the stable launch of the marketplace. It will be interesting to see how it is growing so far in terms of people discovering and actually buying stuff through it. The generous SMS promotion to Econet’s huge subscriber base locally, and the data zero rating has likely contributed a great deal to the growth as it’s been proven to do. However it is faring, we hope to know in about two months when Econet releases its annual financials.