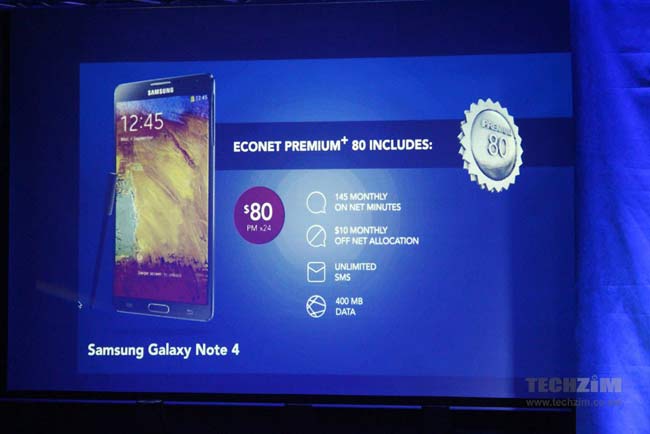 2015 was a tough year for every sort of business in Zimbabwe and 2016 doesn’t look like it will be any easier. All enterprises including corporates are slowly adjusting to this and the latest example is Econet Wireless.

The mobile operator has stopped selling mobile devices to individuals on credit terms and any buyer interested in a device has to pay for it in cash or through the lay bye option. Corporate clients can still access the contract facility but effectively the Econet Premium service is no longer available for individuals.

We reached out to Econet earlier to get a comment regarding these changes but the operator is yet to offer an explanation. Judging from the changes that have happened in the economic environment and in telecommunications, this has been motivated by a need to adapt to the realities in Zimbabwe.

It’s fair to say that the Econet Premium package was always an expensive credit option for mobile devices, something that has been open to some strong debate since Econet seemed to have a niche market in mind.

That pricing and niche focus is what could have contributed to a slow movement of stock especially in a market where everyone is watching every dollar. However, other challenges in the environment seem to have weighed down the contract sales approach.

Firstly, the government introduced a 25% duty on smartphones in late 2014. This was further compounded by a continued reduction in disposable income as every layer of the economy screamed of “liquidity challenges” and hassles in maintaining heads above water.

Then, in July 2015, all formal employment contracts came under scrutiny following a Supreme Court ruling that gave employers the right to dismiss workers on a two-week notice.

For anyone selling any form of product or service on credit, this had grave implications for any existing sales contracts with the formally employed. Any customer who was held to a contract that had been guaranteed by formal employment would simply be unable to make their payments after losing their job.

All of this is rather speculative, especially in the absence of a specific explanation from Econet and even more so in an environment where other companies like GTeL have placed a significant focus on credit-based model for device distribution. But whichever way it’s explained one or all these reasons have contributed to the end of Econet Premium.