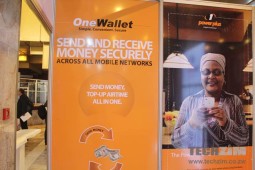 The National Social Security Authority (NSSA) wants to use mobile money services for the payment of pensions and it is eyeing an introduction of this option by the end of the first quarter of 2016.

According to the Herald, the NSSA chairman, Robin Vela, mentioned this in a recent update where he highlighted the high costs currently carried by beneficiaries in accessing their pensions.

Pensioners that live in remote areas that have no traditional banking footprints are forced to make arrangments that include travelling to the nearest service centre, or entrusting their finances to third parties.

NSSA has engaged mobile network operators for the use of their mobile money platforms for the payment of pensions at reduced costs in an arrangement that will consider the low payouts that the pensioners receive and also encourage the adoption of the payment option.

According to figures released in a 2014 Finscope Survey on Zimbabwean financial inclusion, only 2,08 million individuals (who constitute 30% of Zimbabwe’s adult population) have traditional bank accounts while the increase in financial inclusion that has been registered year on year (60% to 77% between 2001 and 2014) has been attributed to mobile money alternatives rather than the increased use of traditional banking services.

By turning to mobile money NSSA is merely responding to the nature of the market. Zimbabweans are increasingly embracing the concept of core financial services access through their phones, a trend which has encouraged the expansion of mobile money service options.

The concept of pension payments through mobile money has been adopted in other markets such as Kenya, Mexico and Pakistan. Locally, the State-owned operator NetOne toyed with the idea for its OneWallet mobile money platform back in 2011 but the value added service never saw the light of day.

Perhaps NSSA, which was largely involved with the government’s acquisition of another mobile operator, Telecel, will use this close relationship to push through the mobile money pensions plan through Telecel and NetOne.