STEM in Zimbabwe will fail without devolution of government 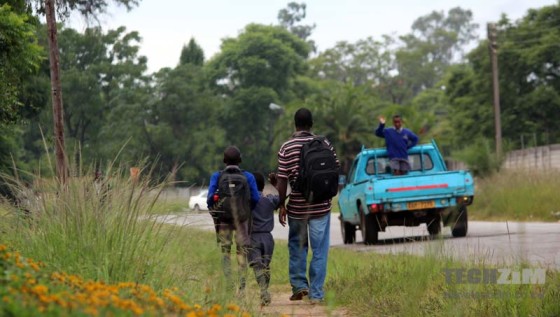 I attended six schools during my six years of secondary education. I lived in all kinds of conditions and I saw a lot but if there is one thing that stood out, it was the gap that exist between the opportunities to advance for an urban versus a rural school. It is my firm belief based upon those experiences that unless “Harare is Zimbabwe, and Zimbabwe is Harare”, STEM as postulated by Professor Jonathan Moyo will fail unless the government is devolved.

When I was at Nerupiri Government Secondary School in 1997, I studied the typical science subjects Biology ,Physics and Chemistry plus Mathematics for my O Levels. We had no electricity then and I still remember being taught about an oscilloscope even an ammeter but I had no clue what those were except from pictures. There was nothing inspiring in science, rather we all found ourselves gravitating towards the romance of literature because we found emotions in Ngugi’s Matigari more relevant to our life stories than Ohm’s Law.

In 1999 I found myself at Mutare Boys High School, a government school in the heart of Mutare City. One of our first lessons was on electromagnetism and we were assigned oscilloscopes and digital ammeters. Unfortunately my partner was Kurauone Madzivanyika, a friend of mine who had done his O Levels at Nyashanu Mission in Buhera. We both struggled to figure out how those things worked, yet the students who had attended school at Mutare Boys did this in a breeze. Over time we caught up but we had to work extra hard on a lot of things. These were both government funded schools but in different geographic locations with totally different resources. I understand that Mutare Boys was formerly a whites-only school but this was 17 years after independence! The gap is worse today.

Instead of blaming, I would like to propose something. I have always been a proponent of federalism which is an extreme form of devolution. My reasons are documented here. I propose a 50-30-20 taxation model. Every person in Zimbabwe’s tax burden would be split this way; 50% goes to the central government, 30% to the local government in his current area or residence and 20% goes to a rural district of his choice (If not, maybe the rural district depicted on his National ID). This amount would be specifically for infrastructural maintenance and development.

Why am I making this proposal? Of all the people who went through Nyahombe Primary School in Chivi, none of them have been in a position help the school out of dilapidation. We cannot afford to from our meagre salaries. The constitution of Zimbabwe puts a 5% baseline for budgetary distributions of revenue to Local governments and this is at the whim of the Finance Minister. If we had used the model I suggested in 2014 ; in total individual tax revenue was $900 million, which means $180 million would have gone directly to local governments just for infrastructure. Minister Chinamasa allocated $150 million for all the local governments.

Why is it important that we separate rural local governments from urban and provincial governments. The constitution accords these the power to levy and tax too but who do you tax in the middle of nowhere in Malipati? Only 0.1% of the population there is gainfully employed everybody else is just a subsistence farmer. There are many people with taxable jobs who come from Malipati and went to Malipati schools but are in Harare, Masvingo, Bulawayo etc. So in the end, there is no revenue even for rudimentary things. If Buhera South was to get $2 million from the $180 million , maybe they would have managed to finish a science block at Mutemera Secondary School.

So without carefully thinking about the predicament of the brilliant child in Gwelutshena whose only sin is being born in some remote village, we run the risk of making interventions that will further alienate people from the reachable dream of change in our country. STEM should be promoted but it is not for lack of the love and passion, rather it is because of general neglect of the potential that ordinary children have to change this country.

Wait… So we could receive money via PayPal in Zim all along?!