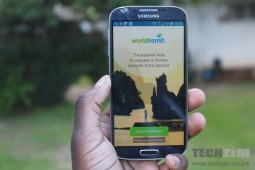 WorldRemit, the global money remittance and transfer service has announced that it has raised $45 million in financing from TriplePoint Venture Growth BDC Corp an American Venture Capital firm and Silicon Valley Bank.

This latest round brings the total capital raised by WorldRemit to $192,7 million. A year ago the remittances startup secured $100 million in a Series B funding round which came as a follow-up to another $40 million raised in 2014 from Silicon Valley Venture Capital firm, Accel Partners.

The latest capital injection will be poured into the expansion of WorldRemit’s network of partners that enable it to facilitate instant money transfers via mobile money channels.

Through its WordRemit app, users are able to send money from their smartphone rather than through a remittance agent. Partnerships such as the one WorldRemit has with Econet’s EcoCash mobile money service, allow this transfer to be deposited straight into a recipient’s mobile money wallet. Other alternatives for collection include accepting the money through a bank transfer, a cash pickup or as an airtime top-up.

So far, the model has been a success, pushing it to traffic that totals 400,000 transactions a month to 125 destinations. WorldRemit is also enjoying a steady turnover that has caught the attention of its investors.

In 2015, it generated $39 million in revenue. This was supported by a network of 125 countries that receive remittances through WorldRemit along with 50 countries from which people can send money from.

Other companies in the remittances field have, however, caught on to the opportunity that lies in the engagement of mobile money channels, especially for emerging markets where convenience and formal financial services are carried through the mobile phone.

Some of WordlRemit’s larger competitors like Western Union and MoneyGram have all been using the same playbook, signing into remittance arrangements with mobile money service providers to deliver the same convenience to their existing clients and to reduce the margin of difference with Fintech startups like WorldRemit.

This wave of competition and a need to protect territories won so far are what seem to be pushing WorldRemit to explore an aggressive growth strategy which calls for the expansion of partnerships, improvement of service quality and developing a presence in all the right source and destination markets.

A good example is the arrangement that it signed with MTN which gave it access to a 16 country network in African market where remittances blended with mobile money convenience are a combination that is very lucrative.

The $45 million ought to help WordRemit gear up for the next stage of growth which will determine how much more of the mobile remittance market the Fintech startup will secure in Africa and outside of it.