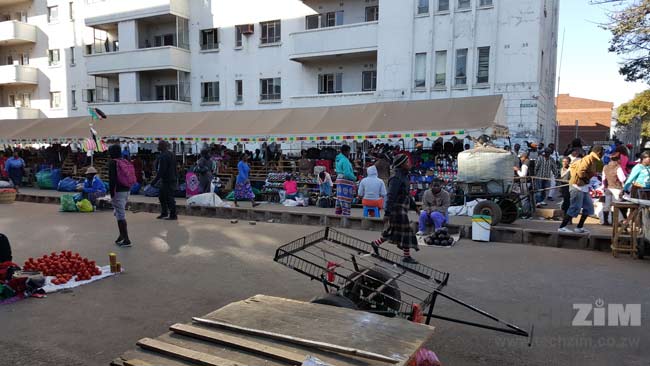 It appears that in Africa, entrepreneurship is the new hype, everyone is talking about it in philosophical and fantastic terms yet very little facts and figures are going around.

Africa is a land of magic and miracles, where many things can be attributed to witches, angry ancestors, miracles and God’s anger. In some circles, facts and figures have little sway. Sometimes when Africans sit down to talk about an issue the conversation gravitates towards philosophy, untested opinion, proverbs and inspiration while largely staying away from facts, case studies, concrete evidence and actionable steps.

Some local indabas are sometimes ruled by prepared speeches, witty anecdotes, philosophical zingers, feel-good Afro-centric rhetoric and downright myths. Below are some of the most common misconceptions I’ve heard regurgitated when discussing entrepreneurship locally.  I could be wrong in calling them myths, I would love to hear what you think in the comments:

Africa is on a meteoric rise.

While this may have been true a decade ago, the outlook today is much more conservative. Although Africa’s growth trajectory continues, it has significantly slowed down on the back of reduced commodity and oil prices, a stagnant industrial sector, a stronger US dollar against weaker local currencies, import dependency, barriers to trade between African countries and a slowing down China that is more inward looking.

ICTs which have largely spurred growth in Africa’s service industry (particularly banking and telecoms) are gradually showing signs of fatigue as Internet and smartphone penetration reach near-saturation. Huge advancements in communication technology like WhatsApp’s  free messaging and calling have also slowed down investment in the telecoms industry as returns diminish and some African telecoms start to buckle under the pressure as they seek ways to diversify.

In 2015 The continent saw foreign direct investment (FDI) fall by a third to $38 billion from a high of more than $70 billion in 2010. ICT Innovation which is the next frontier of technology driven growth in Africa remains largely constrained by a debilitating lack of local skills to harness the internet as a tool for creating global internet businesses. Where successes like Iroko TV have emerged they have been quickly acquired by foreign investors and exported or outsourced with huge returns accruing outside the continent.

You cannot compare Silicon Valley and Africa, The Two Are Unrelated.

Today most attempts to mention any Silicon Valley example as a precedent for Africans to learn from will most certainly be dismissed as being incompatible with the African reality.  After all, Silicon Valley is completely different from Africa and there is little to learn there.

This is a welcome departure from a time not too long ago when most technology startups out of Africa where exclusively fixated on replicating Silicon Valley successes out of context. While this shift in mindset is welcome, unfortunately the pendulum appears to have swung too far to the other side and got stuck.

The reality today is that Silicon Valley is increasingly influencing the technology trends in Africa and defining some of the major developments and innovation on the continent à la WhatsApp. There has been a recent influx of Silicon Valley technology and methods as Californian companies take root in Africa redefining and commandeering the narative of the African tech “miracle”.

Google, Netflix, Uber, AirBnB, PayPal and Facebook have successfully moved in and seized the market in Africa and are mostly doing better than our own startups in the same sectors.

US venture capitalists also represent Silicon Valley’s recent fascination with Africa as they start to make increasingly high profile investment bets in Africa and other emerging markets while our own wealthy are preoccupied with pouring most of their savings into the North American and European automotive and fashion industries as proud Rolls Royce-driving customers.

While institutional FDI in Africa is on a major decline, private capital is experiencing modest growth from less than US$1 billion in 2009 to over US$4 billion in 2014.

The  International Finance Corporation estimates that up to 84% of SMEs in Africa are either un-served or underserved by as much as US$140-billion to US$170-billion. This huge gap in financing is increasingly being filled by US and European private equity investors and “angel” investors as they slowly take center stage investing in and growing SMEs and ICT upstarts across the breadth of the continent.

It appears that now, more than anytime before, Silicon Valley is starting to get it right in Africa as they become more adept at negotiating the African landscape while making major inroads on the continent. To dismiss Silicon valley as an irrelevant sideshow to Africa’s growth story is credulous and dangerous. Surely there must be lessons to be learnt and comparisons to be made especially as we seek to turn the tide and influence a more Africa driven growth story.

The Internet Will be The Driver of Africa’s Growth

Africa has experienced incredible growth over the last decade or so. While this growth is largely on record, its source and where its future lies are often misunderstood. Depending on who you ask, Africa’s growth may be attributed to anything from powerful prayers and tithing to stronger democracies and better leadership.

Lately however, there is a new doctrine that attributes most of Africa’s growth to an internet generation of young M-Pesa powered Africans who are riding a wave of digital entrepreneurship that promises to create millions of jobs and many more black Steve Jobs who will deliver us from the clutches of poverty.

This narrative places mobile money and all manner of apps and tech acquisitions smack bang at the heart of Africa’s growth story.  You will be forgiven for assuming that the next decade of Africa’s growth will be steered from the laptops and smartphones of young Africans.

This appears to be hardly true.

There is little doubt in my mind that technology and the internet are instrumental in creating the tools and services that will make everything else work faster and better as farmers check prices on their mobile phones, citizens interact with their governments, the unbanked become banked, traders transact across borders and apprentices acquire new knowledge from lessons learnt and taught across the world.

Certainly, technological innovation is the thread that will weave the lining on Africa’s future. That said, in terms of raw numbers the ICT sector is not where most of the growth and jobs in Africa will be recorded neither should it be where all our creativity, energy and hopes are directed towards as we seek sustainable growth.

Investments in agriculture, manufacturing, education and infrastructure driven by national governments’ spending and institutional capital will drive most of Africa’s growth in the coming future.

These sectors will also offer most of the jobs that Africa’s impending 1.1 billion (by 2040) workforce will require in order to earn a living and rise out of poverty. In addition, low-tech SMEs in mining, retail, manufacturing and agriculture will represent most of the self-employed.

The arenas where Africa’s battle to develop itself will likely unfold are its back street market stalls and rural plantations, classrooms and clinics, colonial halls of government and parliament where old mindsets must be broken down and new policies formed, factory floors and construction sites where young engineers and contractors will imagine and realize towers that scale mountains and bridges that span valleys and deep ravines. This is where most of our broad based growth will happen.

Apps and APIs will occupy a very important but secondary role of catalyzing growth in well-managed broad based economies on the back of huge investments in all sectors and robust policies that support productivity and growth across the board.

As we continue the discussion on what realistic role ICTs and technology can play in the future of our young people and our continent, we must begin to have really sober home-grown discussions that are grounded in fact and precedent. We must not promise the stars and the moon to young people who will fall behind anything that promises them the prospect of a decent life.

In my experience, such discussions too often assume the form of feel-good indabas where untested ideas take on the role of law. Where eloquent sounding dogma drowns out dissent one adage at a time and myths are regurgitated at will and at the expense of those who quickly become advocates and blind believers yet still almost always find themselves empty handed on the other end of the tunnel.