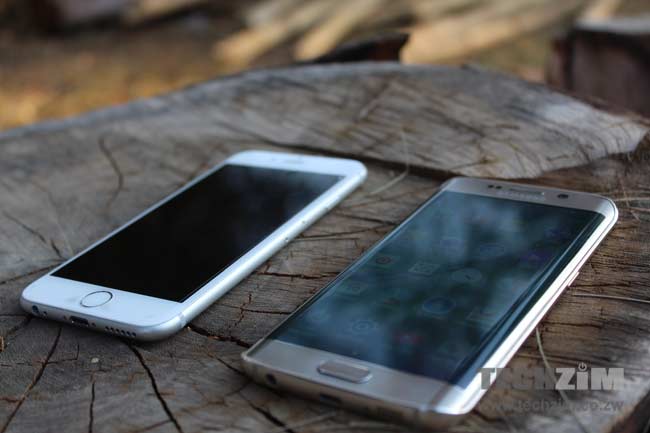 I say you just need 16 GB. (Don’t make noise just yet, hear me out) And I’m not alone in this way of thinking. Apple thinks that way too. So does HTC, and a lot of mobile phone manufacturers. Otherwise, how do you explain why they keep churning out, with every new phone release, a 16 GB memory variant of their flagship.

Apple did it again on Monday 21 March 2016 with the announcement of the new iPhone SE. At this point, you must be lashing out in defence of more memory on a phone because I know you want all those gigabytes and if you had things your way you’d be owning a phone with terabytes of memory.

Let me help you out on this. Let me start by listing the major areas you need phone memory for.

Let me start with Apps.

Exactly how many apps do you need on a phone? Do you need or use 100 apps? 50? 20? 10? Most people use their phones for communication and social media, productivity, entertainment and media (music, video, gaming).

But how many communication & social media apps can one have? Let’s count. Phone app, SMS, WhatsApp, Facebook, Twitter, Instagram, Google+, SnapChat. Add 3 or 5 more for those who use WeChat, BBM or Tumblr. That makes a total of 13 apps at most in the communication and social media category.

Then we go to the productivity apps. So you have a Notes app, Alarm, Evernote, Google Keep, Finance Tracker, Project Manager, Office mobile, etc. This category would have just a little over 10 apps

Next up are entertainment apps. The major apps in this category are a music player, a video player, camera, gallery, and games. I’ll say 5 games are enough on your phone at any one given time. You never play 10 or more games anyway. So this category would have 10 apps.

Now let’s hit number 2: Music and Videos, the controversial one.

Exactly how many music files and videos do you need to carry around on your phone? I like to use a very simple and practical solution and the following philosophy.

With that said, I find it very practical to ONLY add to the phone, (from my entire music collection), a top 200 songs list. In my opinion, I can never listen to all 200 songs in a day or a week, perhaps even for a month. So only 200 of my favorite songs should do the trick. That’s roughly 2 GB of music.

I apply the same logic to my videos. I don’t really watch movies on a phone because the battery wouldn’t help me watch 2 movies entirely in one sitting. I mostly keep short music videos and I have a top 20 list for that.

That comes to about 2 GB also.

Then next, there are the pictures I take with my phone. At any given time I keep about 200 pictures and maybe 5 videos taken with my camera. Anything older than a year I backup to the usual cloud services (Dropbox, Google drive, iCloud, etc). That’s another 1GB there.

Then lastly (number 3, Documents & data ) we have those who insist on carrying around documents, books, files etc on their phones. I’ll just generously give that bunch 1gb of memory for that.

Yes, 10GB of memory for all that. Even if we give you 3 more GB of free usage and for miscellaneous usage that total would still come short of 16GB. So yes, it is really practical to have a phone with 16 GB memory that does everything you want.

If you need more space I know what you’re likely doing. You may be carrying tonnes of music, videos, and games which you never really need or listen to or watch or play. Like seriously, why carry around 5,000 songs on your phone? Or 500 videos? Or have 50 games?

My opinion is that you must use your phone for utilitarian purposes and use only stuff you really need. That way you will actually find that you don’t really need to be carrying around more than 16 GB of your stuff on a phone that you use here and there. Rather keep all your collections on a drive or PC and then usually and frequently update your most used stuff to the phone.

So yes, it makes sense that Apple and HTC make 16 GB every year and you only need 16 GB of memory on a phone.

What are your thoughts? Is 16 GB of memory on your phone enough or too little?

This article was written by James Ritala, a Zimbabwean software developer based in South Africa with a passion for gadgets, apps and all things tech.

54 thoughts on “Apple is right, 16 GB is more than enough space on your phone”