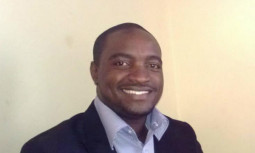 It seems Econet isn’t just recruiting new executives for its Media services – according to well-placed sources within the group, Arthur Matsaudza, the head of Telecel Mobile Financial Services has been hired by Econet Wireless Zimbabwe.

Telecel Financial Services is the division that handles the Telecash mobile money service and its mobile money insurance product, Telecare.

Matsaudza joined Telecel in 2012 and has been leading the Telecel’s financial services portfolio since July 2014 when he took over from Nkosinathi Ncube, a former Econet Financial Services executive who launched Telecash and later took over as Telecel’s Chief Commercial Officer. His move to Econet comes after Ncube also left Telecel earlier this year and rejoined Econet, albeit briefly.

When asked for comment regarding the appointment Econet refused to confirm it while Telecel maintained its right to not comment on personal career decisions. Matsaudza was not available for comment.

From the information gathered so far, Matsaudza isn’t being hired to lead EcoCash, Econet’s mobile money services, though. He is expected to fill a new role focused on managing digital payments and bridging the gap between EcoCash and Steward Bank, the retail financial services institution owned by Econet Zimbabwe.

At face value, this looks like another case of telecoms talent migration with a hint of poaching from Econet as they raid their rival Telecel.

At the same time, two senior executives leaving Telecel could also suggest that despite the growth potential that the mobile operator possesses, other realities like a shrinking market share and the ownership tussle that was ended by a Government takeover have been enough to make the grass on the other side look greener.

However, for Econet, there’s more to this appointment, especially from a strategic standpoint and it says a lot about the mobile network operator’s plans beyond voice communication.

The telecoms industry has been faced with massive challenges that include a tough economy with reduced disposable income for its subscribers, a regulatory framework that isn’t favourable, and the threat of new technologies like instant messaging that are upending traditional revenue drivers such as voice communication.

Despite having a clear lead in the Zimbabwean market Econet, like every other mobile operator, needs to identify new areas for revenue growth. By bringing Steward Bank into focus the operator gets to explore opportunities for this through its existing investment in a service centre that hasn’t been fully exploited.

Steward Bank only managed to record its first ever profit in the second half of 2015 rebounding from a series of losses that had plagued it since it was acquired by Econet in 2013.

Part of this turnaround was attributed to the integration of technology in operations and service delivery. An increased focus on technology especially through a greater reliance on mobile services through Econet seems to be a step in that same direction.

Though this appointment and the full range of duties for the new role are yet to be spelled out, the outline so far suggests the focus will be on synergies that can be created by a retail bank working together with a prominent mobile financial service.

So far, the opportunities to exploit this advantage haven’t been chased down as effectively leading to limited crossover services and examples which include the agent banking model which has helped Steward Bank overcome operational challenges bedevilling other institutions.

Bringing the bank and the mobile operator closer together helps add value for clients as both Econet and Steward move in on potential growth areas like payments integration and the porting of traditional bank services to the mobile phone.

This would result in an expansion of Steward Bank’s technology capacity (something that the bank has been keen on exploring for a while) while opening it up to a potential set of clients from EcoCash that get to tap into a wider service line from a retail bank.

It comes down to Econet making a better use of its bank and though it might not be as next generation as IoT services and Smart Homes, or as captivating as IPTV and English Football, it does have significant potential in Zimbabwe.