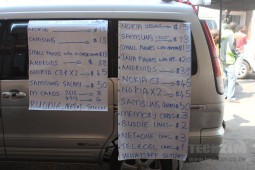 Buying a mobile device locally has never been easier than it is right now. The Zimbabwean smartphone market has been opened up to the deluge of retailers trying to capture the opportunity of mobile broadband access.

It’s a response to the challenging economic environment which emphasises smart purchases that don’t burn a hole in people’s pockets. Smart devices, particularly entry level smartphones fall into that category because of the access to cost-effective communication like instant messaging as well as the allure of keeping up with current trends in technology.

Spurring this on is the increasing number of options for device access that includes e-commerce platforms, a buoyant market for device imports and the ugly reality of smuggling rings.

These avenues thrive because of certain realities in the market such as the need for affordable devices as well as the realisation by Zimbabwean consumers that the global devices market is filled with a lot of alternatives.

However, these same options that are creating variety and relief for consumers are affecting the businesses that are, for the most part, conducting business transparently.

The case of Tecno Mobile

About 5 months ago, Tecno Mobile, a mobile phone brand that has an extensive footprint across Africa established a distribution channel in Zimbabwe setting very ambitious targets for the local mobile devices market in the process.

Its arrival was another testament to the lucrative nature of the local mobile devices market which so far has been exploited by local and international brands that include Samsung, Huawei, Nokia, GTeL, and Astro.

According to Tendai Chingondo, the Business Development Manager at Solid Visions Technologies which is the Zimbabwean distributor of Tecno Mobile, the market has now warmed up to their brand and they are making progress. However, there are challenges presented by grey imports that operate without the restraint of formal businesses.

By Chingondo’s admission, a lot of competition that is brought to their doorstep comes from informal traders and grey phone distributors as well as retailers of counterfeit phones. These distributors are able to offer significant discounts on prices, which play on the primary desire of the Zimbabwean consumer who is always on the lookout for a bargain. 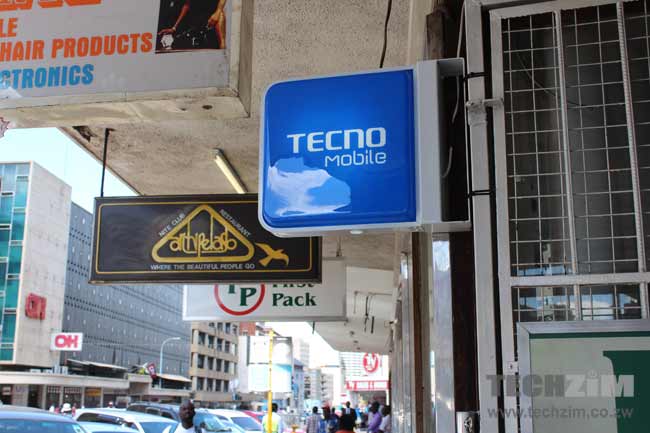 Despite the added benefits of warranties and after sale support as well as consumer protection offered by registered distributors, a huge quotient of the Zimbabwean market still finds solace in unregistered traders, a scenario which presents a huge challenge to distributors like Tecno who are operating above board.

The same sentiment was echoed by the guys from Innovative Technologies a technology hardware retailer which is a registered distributor of brands like Tecno and Lenovo.

Chingondo could not share specific figures on how close they are to meeting the annual target of 500,000 devices, but he said the impressive turnover on devices had been enabled by a countrywide distribution network that was comprised of well-placed retailers in various parts of Zimbabwe.

Our assumption though was that the Tecno isn’t anywhere close to the very ambitious half a million devices mark – something that could have easily been chalked up to the economy only, but in this case, is also representative of the effect of a black market.

According to Chingondo, one observation they have made over the past few months is that the local market is increasingly leaning towards smartphones however the price point remains a key determinant of the purchase decision.

As long as Zimbabweans are operating in that mode, any device distributor who wants to make a huge impression has to remember that as long as there is a cheaper alternative, usually from the thriving grey imports market, people will opt for that.

This same dynamic was likely one of the contributing factors to the suspension of credit sales on devices from Econet Wireless. The operator has its won lineup of devices that are supported by warranties and after sale services. There’s a lot of value in that, however, this always comes second to a cheaper phone, no matter where it came from and whether it paid duty or not.

There’s a lot of value in that, however, this always comes second to a cheaper phone, no matter where it came from and whether it paid duty or not. That’s the tough lesson guys like Tecno and Econet have learnt from Zimbabweans so far.