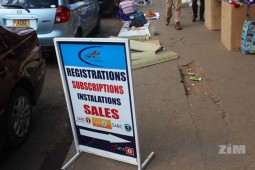 MultiChoice Zimbabwe has announced that it will not be imposing its annual price increase to its DStv bouquets as the media company tries to help its subscribers deal with economic challenges.

This communication comes after subscribers of DStv South Africa were hit with an increase of up to 8.6% on most its bouquets earlier this month.

At the time, MultiChoice justified the increase as an adjustment to the depreciating value of the South African Rand and the resulting economic turbulence which affects the content acquisition process.

In its statement, MultiChoice Zimbabwe had this to say;

It’s been a tough year for Multichoice Africa. Our markets have suffered as a result of commodity and oil price weakness, coupled with the huge devaluations of local currencies. Most of MultiChoice’s costs are incurred in dollars forcing us to pass through price increases in 2015. Nevertheless, we continue to take financial strain.

But we are not alone! Our subscribers, our biggest asset, are suffering. So we are going to do our bit. We’ve decided to absorb some of the pain and NOT impose a price increase on any of our DStv bouquets in April as we usually do. Barring any further external economic shocks, we do not anticipate a price increase in 2016.

No increase, and no decrease for $US subscribers either

Sure, the suspended annual price increase is a welcome move, seeing that the issue has often triggered a backlash in countries like Zambia and even legal action in Nigeria.

However, it’s a suspended increase, not a price reduction. Pay TV was expensive before this announcement and it still is. This suspended price increase doesn’t make it any less difficult to pay for content.

It actually justifies the actions of Zimbabweans who are opting for grey DStv South Africans accounts and are paying significantly less than DStv Zimbabwean subscribers.

MultiChoice could have extended a price reduction, even a minor one at that, to its bouquet prices for subscribers who pay in United States dollars. That would feel a lot like them “doing their bit”.

For other services and commodities that Zimbabwe has been getting from South Africa, the fall of the rand has meant price reductions and, at the very least, improved terms for negotiations. It’s even what’s secured a constant supply of electricity for the country over the past few months. It would have been commendable if a DStv price reduction also materialised from it.

But that’s asking for too much. With a near monopoly, MultiChoice doesn’t need to do any of this, not yet anyway. The competition hasn’t matured yet, so suspended price increases and bouquet improvements like English Soccer on a $32 package are what we’ll have to accept.