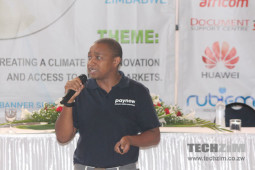 There’s still a lot of potential in the Zimbabwean online retailing space if the latest numbers are anything to go by. According to Paynow, Zimbabwe’s most comprehensive payment gateway, only 10% of the transactions that it handles are for e-tailing.

This is mainly because of the extensive efforts that its team has made since 2014 to present itself as the most convenient way of incorporating the common payment options in Zimbabwe including mobile money services like EcoCash. To date, the Paynow service has now been integrated by 2,000 merchants.

The figures were shared by Vusi Ndebele, the team lead at Paynow, in his presentation at e-Tech Africa 2016. Paynow currently processes 7,000 transactions a month which puts online retail’s 10% at 700 transactions. This 10% total for internet retail trails four other sectors which are;

Fear of the unknown and an unexplored opportunity

In his presentation, Ndebele also highlighted some of the realities that are standing in the way of the Zimbabwean online retail flourish which include an ecosystem bereft of experienced and well-funded tech startups. He, however, pointed out that while e-tailing is still in its infancy, growth is still inevitable.

When stacked up against other sectors, the low engagement in online retailing shows how Zimbabweans now realise the ease of e-commerce but are just not adapting this same convenience to online shopping.

This could be a sign that online retailing startups are failing to address a larger market because of a limited value proposition and challenges with scaling. Or perhaps it could be the challenge of integrating logistics to Zimbabwean online retailing, which is clearly the one piece of the puzzle that is the hardest to solve.

At the same time, limited activity points to the online apathy from brick and mortar retailers that still don’t see the opportunity that comes in creating an additional sales channel through the internet.

So far, the largest investment in online retailing by a Zimbabwean company has been made by Hammer and Tongues through their Shopping Mall. The estimated $200,000-plus commitment reflects a huge gamble on the growth potential that lies in online retailing, but ironically it also shows how other major retailers are still not willing to jump into this space themselves.

Hammer and Tongues provides a one-stop online shop for various retailers like OK Zimbabwe, Colcom, and Food Lovers Market, all of whom could have explored the opportunity themselves, but instead passed on the risks and hassle of managing retail on the internet to someone else.

Kudos still goes to Hammer and Tongues for getting all these guys online, but at the same time, it shows how the online opportunity is still viewed by the old boys in Zimbabwean retailing as an appendage of retailing convenience that doesn’t have much to offer right now.

It’s a safe way to look at internet retail, especially in a market where hard and soft infrastructure issues around e-commerce aren’t as well defined yet, but it stinks of a fear of the unknown and a refusal to gamble on new age opportunities – which is how e-tailing should be viewed as right now.