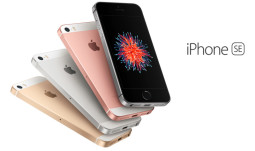 Being a fan of the iPhone but never having owned one (because I don’t want to pay more than $500 for a phone), the announcement of the new iPhone SE some weeks ago, made for quite interesting news. Second only to Oculus‘s shipping announcement. I might finally own consider owning one. It’s been described as a phone that feels so fast it’s  “a little pocket rocket”.

This means I have to re-look at the options of acquiring one in Zimbabwe. Except for when I’ve bought GTels from their local office here, I generally avoid buying smartphones locally, especially from the authorised resellers like Econet, Telecel and them.

I want to support local business but it’s the prices that don’t make sense. Where in the US, you’d pay $649 for a 16GB iPhone 6s, the price in Zimbabwe is north of $1,000. Almost double. It’s not that they retailers are greedy – it’s taxes and I’m distribution channel overhead. Between a reseller in Harare and Apple in the US are many middle men & governments taking their pound of flesh.

So my plan so far has been to pay for it online on a US retailer’s website, have it delivered to an address there in the US, then wait for someone travelling back to bring it along. Ofcourse there are risk doing this (once I got a faulty device) but by and large benefits are beating costs. Back here at home I just make sure I insure the device, which is, at most, an annual premium of 10% of the phone’s value a year.

Here’s a quick comparison of US prices (plus Zim duty and VAT ) vs Zim reseller prices for the iPhone 6s.
In the second row are the likely prices of the SE once it’s available in Zimbabwe, based on the 6s percentages.

*note that the price of the iPhone 6 in the US is $549, even cheaper in some cases on Amazon.

Ofcourse I have the option of buying from the classifieds guys, but that has its own headaches – most stressing of all, if they are reselling a second hand phone that was stolen and you have to spend the weekend in jail for being in possession of stolen property.

The iPhone SE is not yet available locally but make no mistake, it’ll be priced just as high.  Again, just to be clear, it’s not because the authorised resellers are greedy but that’s just how the distribution is structured. Their margin is likely quite thin because of the stiff competition from the grey imports.

17 thoughts on “How much the iPhone SE will be priced in Zimbabwe, and why most won’t buy it here”