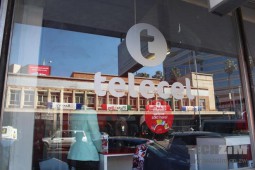 VimpelCom, the Netherlands-based telecoms giant that had a controlling stake in local mobile operator Telecel Zimbabwe has claimed that it still owns its 60% share in the mobile operator since the conditions of the sale are yet to be met.

In an article published by a UK-based publication, Capacity Media,  Vimpelcom’s Chief Communications Officer, Rozzyn Boy, was quoted as having said that Vimpelcom still maintained its ownership of the 60% stake which was yet to pass into Zimbabwe’s hands.

As of today, VimpelCom and GTH (Gobal Telecom Holding) remain a 60% shareholder in Telecel and we look forward to completing the sale only after satisfaction of all customary closing conditions are met.

This statement is contrary to the official statement made by the Government that it had completed the acquisition of the controlling stake in Telecel for $40 million.

In a recent address to a Parliamentary Committee, the Minister of ICT, Supa Mandiwanzira, confirmed the purchase and explained how it had been facilitated through Zarnet, a State-owned internet provider.

He also pointed out that while the transaction had been concluded, there were still some aspects of the deal that needed to be ironed out, including the transfer of money to Vimpelcom, a condition which was being affected by liquidity issues in the country.

You can listen to the Minister’s address regarding the government’s acquisition of Telecel that was made to the Parliamentary Committee by following the link below.

According to the Minister, the statement that has been made by Vimpelcom ties in with the information that has been shared since the government did finalise the deal but is still working on transferring the funds for the deal from a local account to Vimpelcom.

In a comment regarding the issue, Minister Mandiwanzira said,

What they are saying and what I have said are the same things. The media is getting the story twisted. Zarnet has paid all the money and some of it is sitting in Barclays Bank in the account of Vimpelcom’s lawyers. We are now helping them move this money out of the country.