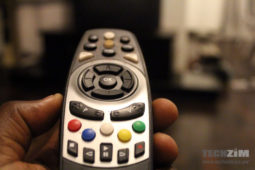 For years, MultiChoice Zimbabwe, the local franchise for Africa’s largest subscription TV service, has been struggling with the rampant practice of Zimbabweans who illegally sign up to access DStv South Africa.

Now, it has decided to intensify its efforts to deal with the issue and has announced that it is carrying out an exercise that is expected to flush out illegal DStv operations across Southern Africa.

As part of this programme, MultiChoice Zimbabwe will be visiting unregistered DStv agents in the country who have been flagged for promoting the illegal provision of DStv South Africa accounts. MultiChoice has threatened to take legal action against any agents and subscribers found on the wrong side of the issue.

In its statement regarding the planned action, a MultiChoice official was quoted as having said,

The statement also highlighted the likelihood of criminal action,

The visits to bogus operators result from visible offers made by these operators to give Zimbabweans South African DStv accounts, which makes their actions illegal and could result in criminal actions against both the service providers and their customers.

This isn’t the first time that MultiChoice has made an issue out of this illegal account scourge or even acted on it. A little over a year ago the company cut off the DStv signal for hundreds of subscribers who had been identified as holders of South African accounts.

The year before that, MultiChoice South Africa publicly condemned the illegal signups and warned account holders of action that would be taken, while highlighting the challenges it faced in identifying the illegal DStv South Africa accounts form the legitimate ones.

This latest clampdown is however expected to be more successful than previous attempts since it will focus on the DStv agents who have positioned themselves as providers of the illegal service.

While this is a noble attempt at bringing Zimbabwean DStv subscribers in line, there are, however, some holes in its plans. MultiChoice’s statement regarding the issue pointed out that they would be targeting illegal agents when in fact the setup of DStv South Africa accounts is also being facilitated by some authorised DStv Agents who charge commissions for the whole procedure.

The process involved is very simple and rather than miss out on the opportunity to make money out of Zimbabweans who want to access quality entertainment at a discount, the agents are opting to cash in on the demand.

A quick comparison of the two alternatives paints a clear picture why the economic decision for most Zimbabweans has been to opt for a South African subscription when it is presented.

There’s also the added variety of content that comes with a DStv South Africa subscription, with the foreign bouquet offering more sports content, news and general entertainment channels that include SABC which Zimbabweans had grown fond off during the era of free to Air decoders.

All these factors combine to give Zimbabweans more reason to opt for a cheaper South African subscription which they will likely hold on to as long as the cost of DStv remains high and until they see the first signs of legal action being taken against agents and subscribers.