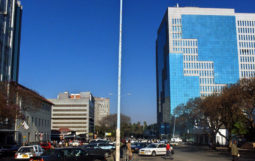 In an update released yesterday by Zimbabwe’s social security firm, NSSA, the chairman, Robin Vela said they had found Telecel too attractive an investment to pass over given the “nature of the entity”. The chairman said “there
are some opportunities whose timing required immediate consideration” and Telecel had been one of them.

“The cashflow generation capacity of Telecel Zimbabwe to supplement NSSA’s investment income; the entry price giving protection of capital value; and the strategic nature of the entity for elements such as offering new social security products and pension payments were too compelling for the Authority to pass over even given the current cash constraints of the Authority.”

The payments infrastructure he’s referring to is no doubt the mobile operator’s Telecash mobile money service. In fact he says earlier in the report that NSSA is already looking to use mobile money to pay pensioners so that they don’t have to travel long distances to get their money at banks. NSSA however, unlike other government companies (ZESA mainly) who have rejected integrating their services with privately owned mobile operators, seems to suggest they have approached mobile operators without discrimination.

The Board also recognises the need to be innovative and also embrace/ use mobile banking/
technology to pay pensions. Mobile operators have been engaged to provide use of their platforms for the payment of benefits at pensioners’ convenience and at reasonable transaction costs. It is hoped that the engagements with the mobile operators will remove the need for pensioners to travel long distances, at great cost, to collect their pensions.

Back to the acquisition of Telecel: the chairman also disclosed more on how they had acquired NSSA as well as the current confusion on whether Vimpelcom had been paid. Essentially, Vimpelcom has indeed not received its money yet because it’s sitting in a local trust account of a legal firm. The firm has been reported to be Honey & Blanckenberg which you will probably remember to be the firm that has represented Telecel Zimbabwe on some legal matters for a while now.

On who exactly bought Telecel between NSSA and ZARnet, the chairman says it’s “a quasi-equity participation funding which gives the equity control of Telecel International Limited to NSSA until certain conditions precedent are met by ZARNet.” He clarified however that NSSA would emerge with a significant share of Telecel, in all circumstances.

NSSA paid $30 million for a 60% stake in Telecel on behalf of ZARnet, a Zimbabwe government owned internet service provider.

7 thoughts on “NSSA speaks on Telecel deal: It’s about the cashflow & mobile money for pensions”